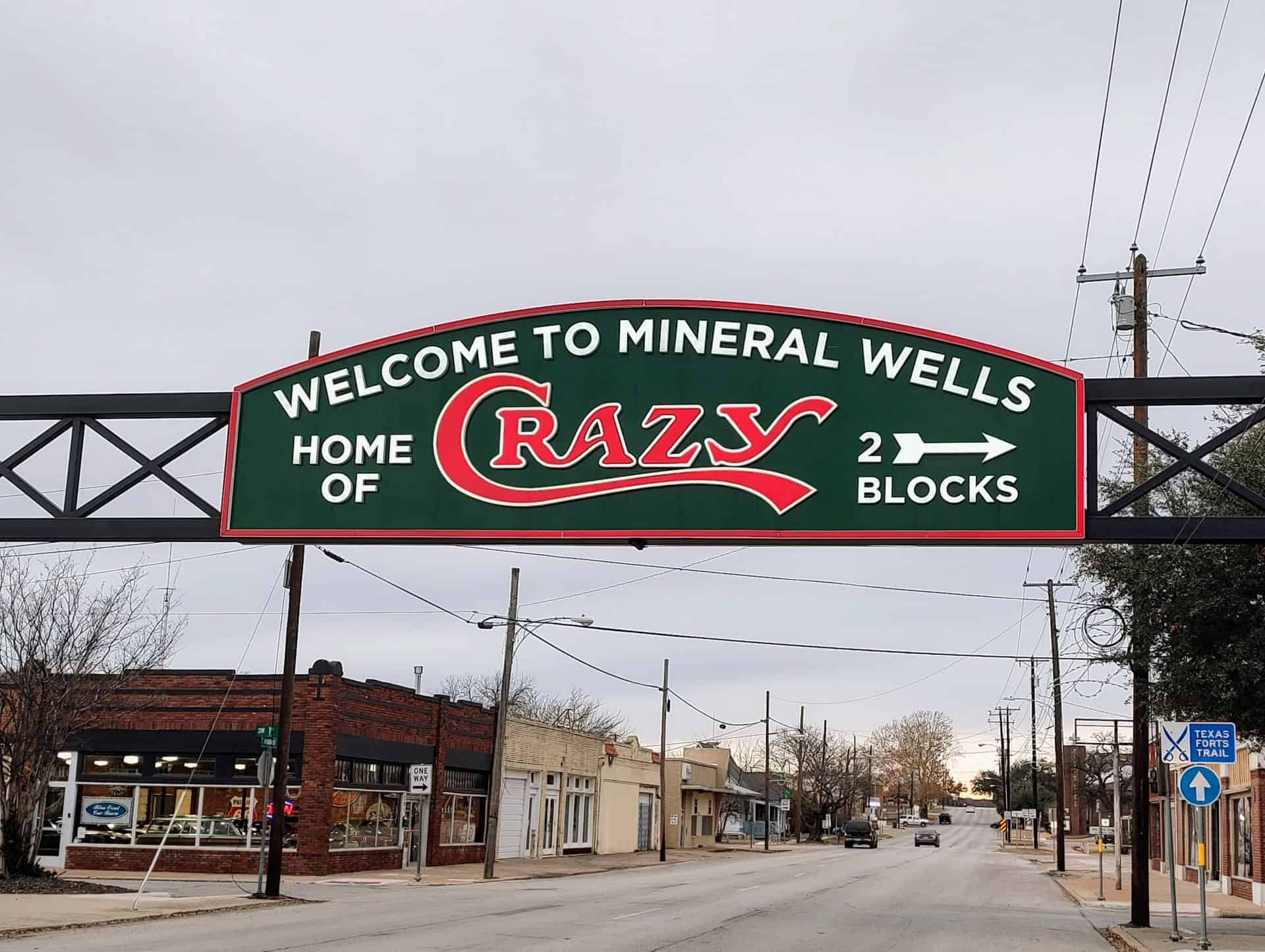 I recently suffered from an agonizing onset of osteoarthritis in my knees (and possibly some injury along with it) after changing my activity level for work. I can’t think of a time when I was in more pain, or felt so desperate from it, having not experienced it before and not knowing how to mitigate it. Thankfully, modern medicine had some efficient answers, but it got me thinking about what people used to do, not so long ago, when they felt similar desperation.

One common prescription, a century ago, was for the sufferer to be advised to “take the waters” when ill or injured – in other words, to seek out water thought to have special curative properties when drunk or bathed in. Often, these waters have trace amounts of alkalizing minerals, and as anyone who has experienced hard water versus soft water will attest, the difference can be felt and tasted. It is easy to imagine how someone who is suffering might travel a great distance for such water, and having any amount of relief afterwards, would believe cause and effect rather than mere coincidence.

Mineral Wells, Texas, is one small city built upon the (soggy) science of taking the waters. It is an easy hour’s drive west of Fort Worth. The site for the town was settled by J.A. Lynch, who claimed to have cured his rheumatism with the water from the well he dug. A well called the “Crazy Well” followed. It was so named because its water was drunk regularly by a “crazy woman” (who apparently did exist and whose mental illness apparently did subside) and the legend of the Mineral Wells, Texas waters was assured. (There is absolutely no medical evidence that the area’s mineral water can cure any illness, though true believers will point to trace amounts of lithium which is still prescribed for some mood disorders.)

In the following couple of decades, the town grew as a resort destination with special bath houses and resort hotels, speakeasies and brothels, a place on the stagecoach line, access to the Pacific Railway – all the necessities and romances of the West, which was, even into the 1920s, pretty wild.

The Crazy Water Hotel still exists as a hotel and luxury event venue, with some condos. The enormous Baker Hotel, a good 10 stories over the next tallest buildings, is the most prominent structure in town. The Spanish mission-style extravaganza is in the process of being restored to its intended Roaring Twenties-style glory, although COVID and other troubles have slowed down the process. The 30s were good enough, despite the Depression, but there followed boom and bust years until it closed for good in 1972. The Baker is said to have some wonderful ghost stories which I intend to learn about next Halloween on the town’s much-acclaimed ghost tour. 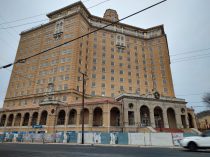 The “Crazy Water” brand still exists as does the town’s destination status. While the area suffered during the Great Depression, and medicine moved beyond the water cure, the town was sustained by the presence of Fort Wolters Military Reservation from the ‘40s through the ‘70s. The massive Fort Wolters area has now been restored into a popular State Park.

My afternoon visit to Mineral Wells revealed a vibrant small city with a downtown lovely for walking and window shopping. It has more than its share of antique shops and wine bars, a square with generous seating near a gazebo, picturesque architecture and streets with an “It’s a Wonderful Life” vibe. As with most small towns, there are some empty shops, but windows are decorated and there is an obvious civic pride.

There is still a Crazy Water Bath House and Spa. While a soak and massage sounded lovely, I settled on a .5-liter bottle of “No. 4” brand Crazy Water (the most alkaline). It has a definite “texture” to it, though I can’t decide whether it is chalky or slippery and its taste is slightly salty. 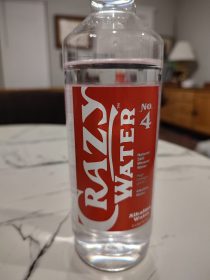 While I doubt I’ve been cured of anything by the water, an afternoon walking the streets of Mineral Wells was pleasant exercise, and a dip into its history a diversion that has done my wanderer’s soul some good.