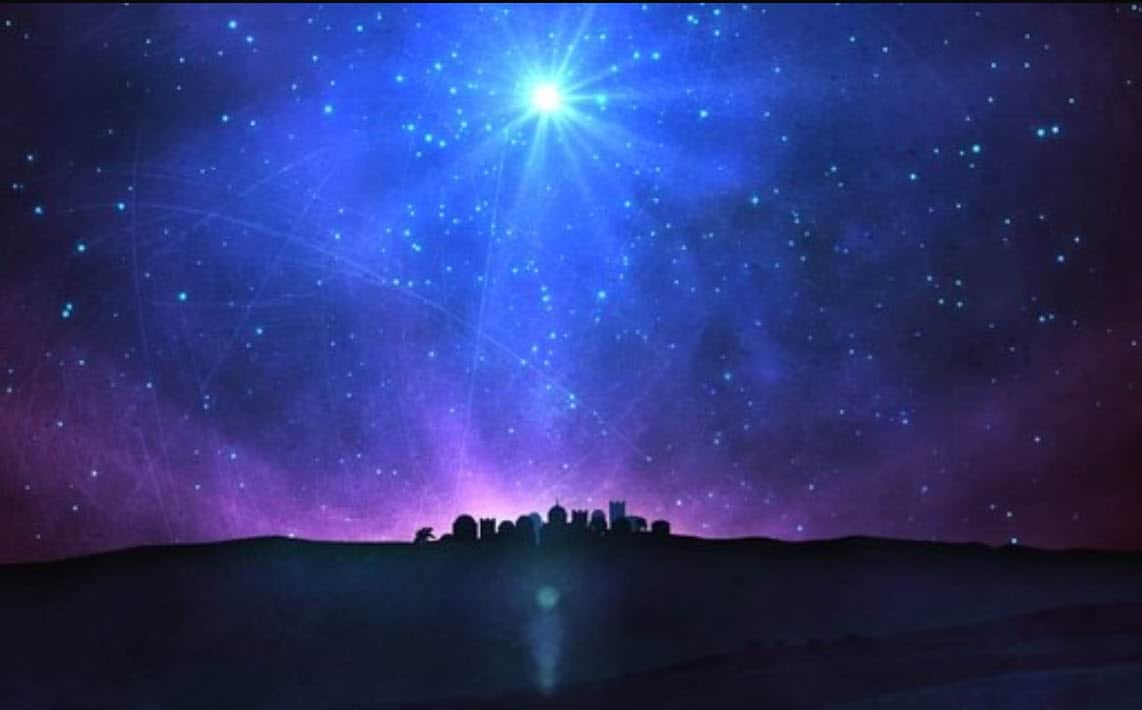 Three Bedouins are lumbering on camels through the desert beneath a star speckled sky. They were told of a sliver of light on the horizon portending a momentous event in a village called Bethlehem.

As they draw closer to the faint light three lavishly attired strangers feverishly ride out of the blanket of darkness toward them beating their camels to gallop faster.  The Bedouins plead with them to stop and explain their haste and relieve their weary camels.

The strangers recount discovering in Bethlehem a stall behind a tavern where an infant child was cradled in his exhausted mother’s arms, an older man was standing in the shadows along with watchful placid moist-eyed beasts.

They caution the Bedouins that they will be challenged by the youthful mother to open their hearts and allow her child to “be born in them” by giving all they have to the poor, feeding the hungry, clothing the naked, comforting the mournful, being humble, compassionate and forgiving.

The Bedouins listen as the strangers tell how they became restless as the young mother spoke, picked up their satchels of treasure, bolted out the barn, climbed on their camels and speedily headed back to their realms, murmuring “That woman and child are asking too much of us.”

As the strangers fade into the darkness, the three Bedouins gently nudge their camels and continue to follow the light toward Bethlehem.