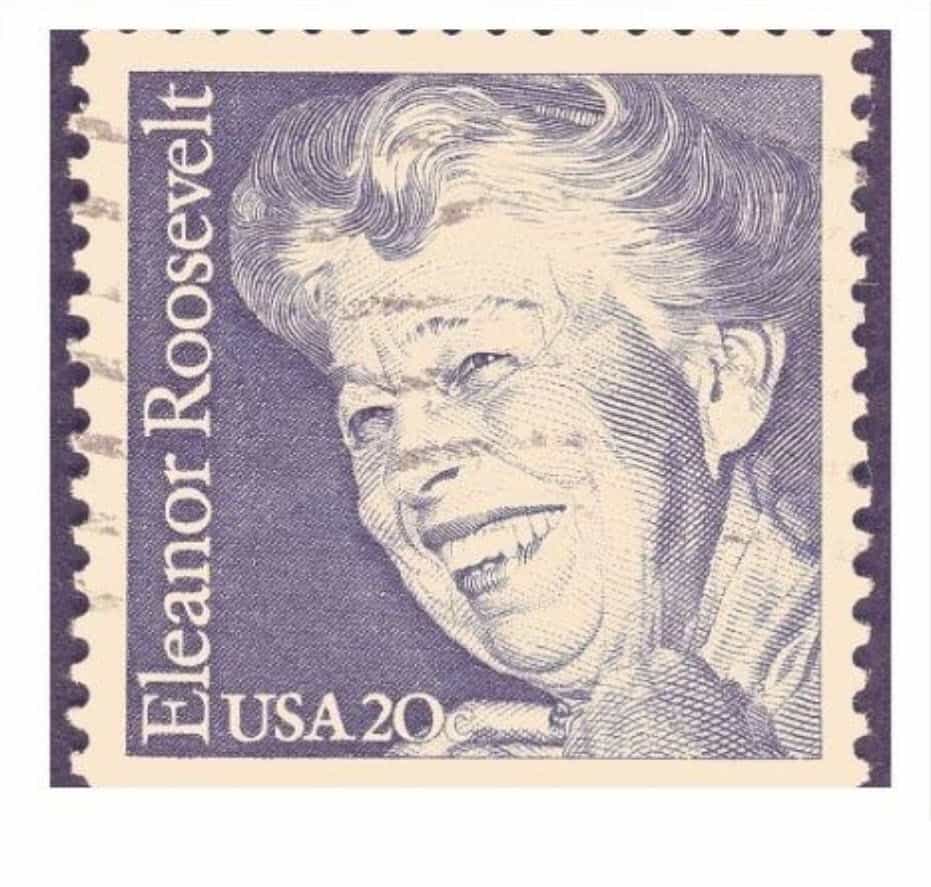 "Speak your mind, even though your voice shakes. - Eleanor Roosevelt"

I’ve been contemplating how difficult it is to speak up and be heard as a woman and was pondering why. I did a little research on two women who found their voices and spoke up. I discovered that they both were able to do this despite some very intriguing circumstances. Let’s take a peek behind the curtain…

Let’s begin with Eleanor Roosevelt. One of my favorite quotes from her is: “Speak your mind, even though your voice shakes.”

When we think of Eleanor Roosevelt we think “Strong, Smart Woman;” after all she even has US stamps with her image on them. Yet everything that happened to her from her childhood would tell her to not speak up – to hide in the shadows and to be invisible.

By the time of her death, Roosevelt was regarded as the “World’s Most Admired Woman” by the New York Times.

Then I took a look at Madeleine K. Albright whose favorite quote of mine is: “It took me quite a long time to develop a voice, but now that I have it, I’m not going to be silent.”

A little history of Madeleine Albright…

These are just a few reasons for someone not to speak up. Speaking up could be scary. There could be dangerous consequences.

And lots of other amazing things!

Madeleine Albright found her voice and used it often; but sometimes the outcomes were not always favorable.

When I think of these women, I just think they were born this way. They were born to speak their true minds, but it isn’t so. They had to overcome many obstacles, challenges and fears to become the women we know them to be today.

We don’t see the personal inner work, or the work in progress as they grew into the people we look up to. We just see the admirable end result. It takes courage. It takes the ability to move out of your comfort zone and past your terrifying fears of being seen and heard.

Why? Because we may upset people, ruffle feathers, be challenged, be berated and harshly judged by others. That feels scary. We might be rejected. Forever.

Is that when we find our voices? People won’t always love everything that we say or do, and everything will not be the right thing. That is OK, we are not striving to be saints or perfectionists. We are striving to be true authentic humans (who sometimes make mistakes) who have a purpose and contribute to the world with our purpose – and using our most powerful tool…our voice.

Are you ready to find your voice and stop being “silent”?

I believe in you!