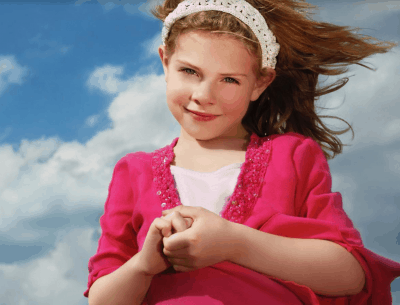 "Stop the judgment and start finding more and more gratitude for all that is."
photo by www/pexels.com

A sudden breeze lifted a few strands of her wavy chestnut hair, briefly distracting her from the massive oak tree standing like a sentry at the bottom of the long, steep, straight-arrow country road.

She’d already written a farewell letter to her sister. Clamping her small hands on the steering wheel, she quickly calculated that if her foot stomped on the accelerator hard enough her car would muster sufficient speed to ram that tree, and with an unbuckled seat belt she could finally put an end to her pain.

Over the last five years the stress of losing so much had taken its toll. First, there was her mother who’d died prematurely from health complications triggered by Parkinson’s. They’d been exceptionally close, as devoted as two best friends. This irreplaceable loss was followed by a series of other unpredictable twists and turns including a long stretch of unemployment that eventually left her with what felt like a mountain of suffocating credit card debt.

As Sam sat staring down the hill at that giant tree, she thought about her mother reminding her to never carry any regrets. To simply do her best and look to the future. Her mind jumped to the words of another person. Someone she barely knew: a man she’d only talked to a couple of times via phone and email. In fact, Dan was basically a stranger to her. But in a split second, in a pause long enough to interrupt her plans of suicide, Sam suddenly realized how important his intersection with her own life had been.

NO WORK, NO MONEY

With no job prospects in her field of engineering and only a trickle of income from her other skill set as a licensed massage therapist, Sam was feeding herself on only $12 a week, subsisting on mainly lettuce, apples and peanut butter. Worse yet, she’d been forced to use her credit cards when her savings ran out just to survive and cover the necessities of living.

“I’d been crying and sad all week. Many other people around me were getting laid off, too. I was thinking about all the competition I was up against and then the collapse of the Lehman Brothers hit the news. There was little support from family and friends and I was deeply depressed about my circumstances.” she recalls.

She’d been laid off for seven months, had made several moves in search of work including a one-month stint at a Wyoming ranch. She had sent out hundreds of resumes without one nibble. On a Saturday night in late July, she was job-hunting on the Internet at a community college library. A well-worded Craigslist ad compelled her to pick up the phone. It was an opportunity to start her own business with a company that sold nutritional supplements and natural energy drinks. Normally it was something she’d never consider, but Sam was running out of options.

The call began as a business pitch from an entrepreneur who, unknown to her at the time, was as desperate as Sam was to create his own financial success. Within a few minutes, however, their conversation took a profound turn. What started as a monologue of facts, figures and unlimited upsides to the business, transformed into a one-on-one session of compassionate, thoughtful coaching for Sam. Unexpectedly, Dan found himself speaking from a higher place than simply recruiting someone to his marketing team. A veteran comedic actor, he not only pleaded with her to stay positive and trust that her life would get better; he also made her laugh – a lot. Dan followed up that first call with a couple of emails that touched her so powerfully she wrote about them in her journal as she continued to struggle through many leaner months. Here’s an excerpt of his words:

I don’t give a damn if you can’t get the money to invest in this business. It’s just not important! I know what it is to be so down and out that you have nowhere to look for any possible chance at making some kind of a recovery, let alone a big success.

Sometimes the world around us has to crumble for our lives to go in the direction the universe wants us to go. Try as best you can to see it differently.

Allow the universe the room to create the changes that are needed in order for you to live a grander life…maybe even a life you never could have or would have imagined. That’s what miracles are. Stop the judgment and start finding more and more gratitude for all that is, and all that’s coming forth no matter what that looks like.

You’re too bright, too nice, too kind, too talented, too loved for anyone who knows you to stand still and watch you fall. You must find the humor in all of it even when you make stupid mistakes, or at least it seems that way. Learn to laugh at yourself all the more in these moments. I believe in you as many, many others do.

What Sam didn’t know was that Dan understood her plight too well. For him, the last decade had been filled with career and financial struggles.

Months later, after moving to southern California for work, Sam finally met Dan in person in Santa Monica and watched him perform a one-act play he’d written about a homeless drifter. The piece was tragic, yet filled with humor and compassion.

Eventually, Sam found contract work in her field again. Even though she’s making less now than she did ten years ago, she was able to turn her ship around. She even negotiated with creditors to freeze the interest – and made that last liberating payment.

Sam reflects on that fateful day years ago when she got in her car and was ready to drive headfirst into a tree. She thinks a lot these days about how the power of a kind gesture or word from even a stranger can shrink a seemingly ominous hurdle down to a workable challenge. Or, at the very least, acceptance.

“Dan wasn’t telling me anything I didn’t already know or believe. He just reinforced what I already knew deep inside. He literally saved my life. There have been all these incredible unexpected blessings since then. That day seems like a lifetime ago.”

In the wisdom of the rear-view mirror, she sees now that her friends were hurting for her, though they didn’t understand her needs. “When I reached out to them, I think they thought I wanted money. But all I wanted was encouraging words. In my darkest hour, Dan came through for me.” *

* Dan Lewk was a close friend of the author. He had no health insurance and died in June 2010 after a four-month battle with pancreatic cancer. Instead of a funeral, his friends and family honored him with a celebration of his beautiful life.