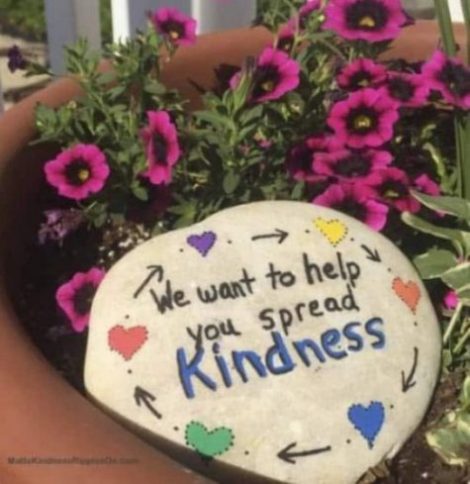 We’re excited to announce two winners of our August, 2022 Matt Kurtz Kindness Grant for their wonderful kindness projects. The grants were given by Matt’s Kindness Ripples On (MKRO), an organization that encourages acts of kindness by helping people who have ideas for kindness projects but lack the funding to follow through on those ideas. Once again, we’re able to give out two awards because we have so many wonderful people who support us and believe in our mission. We truly appreciate all of the donations that make this possible.

Congratulations to Stephen Schirra and George Ahearn!
They each will received $500 to help fund their acts of kindness projects!

Stephen Schirra (Ellington, CT), founder of Around the Worlds, a non-profit that teaches the game of soccer to underprivileged children from underserved communities worldwide. They provide soccer workshops free of charge for kids from circumstances, varying in degrees of extremity. Each workshop concludes with a gift of soccer balls and other miscellaneous soccer equipment to the kids so they can continue to learn and grow in the game.

Stephen said, “I grew up playing soccer, a common experience for the average American kid. Having access to sports and recreational activities was the norm.

Growing up, I wanted to make an impact in my community, so I was a volunteer coach, worked with Special Olympics of Connecticut and participated in inner-city mentorship programs. I never imagined the game I loved as a child becoming my gateway for driving change.”

Stephen brings soccer to impoverished communities consumed by violence, crime and poverty. His program helps to keep kids in the game and off the streets.

Stephen said, “The game of soccer has always had this incredible power to transcend boundaries in race, gender, religion and even socioeconomic status. In essence, that’s what makes it the perfect platform to affect change where change is needed.

Through our global programs I’ve seen the immense growth, promise and joy soccer gives children. We provide a healthy way for our beneficiaries to escape from their hardships, teaching them teamwork and leadership skills.

I want to lift kids up, give them opportunities to grow beyond what they imagined possible and inspire others to follow their passions. I encourage them to play, learn and dream.”

An opportunity to play a sport and own a new ball offers these kids the opportunity to heal through sport. It may seem small, but for children who have lived their lives on the street, been rehabilitated as former child soldiers, been victims of trafficking or have been exposed to bombardments in war-torn countries like Syria and Afghanistan, these programs (and these soccer balls) matter. The children are able to re-associate instances of trauma with new, positive experiences and find healing in that.

So far Stephen has taken Around the Worlds to 50 countries, donated more than 3,797 soccer balls and directly impacted more than 6,944 kids.

“My goal is to share the value of sport with as many as possible while driving global change.”

Stephen brings hope, inspiration and love to these kids and lets them know they are seen and they matter. We’re thrilled to have Stephen as part of our MKRO family and proud to award him our Kindness Grant. 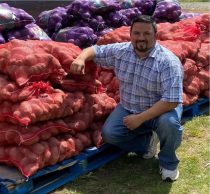 George Ahearn (Bothell, WA) wasn’t planning on starting the non-profit East West Food Rescue. He simply heard about a problem and thought he could “connect the dots” to help alleviate food waste.

In the summer of 2019, he heard that farmers were destroying unsold produce so he thought he could arrange for trucks to pick up the produce and deliver it to food banks helping out both farmers and food-insecure Americans.

George said, “What I didn’t realize was the logistical nightmare because I thought I could just show up with potatoes harvested straight from the ground and give them right to the food bank.”

So, he turned to Facebook for help. That’s how he met his two co-founders, Nancy Balin, who organized the convoys to pick up and deliver the product, and Zsofia Pasztor who assembled volunteers to clean and bag the food.

“That’s 140,000 pounds,” he said. “Surely, we have flooded the market and we should be proud of ourselves, and that’s it. Three days later and there was not a potato or onion here. I realized that we need to do this again.”

And so, a non-profit was born. East West Food Rescue, an organization that not only directs excess farm-grown crops toward food banks but also aims to raise money for farmers.

George said it was important to him “that I wasn’t asking my farming community that I grew up in to give away their products for free. We’ll take it if they want to give it away for free, but I always wanted to find out from the farmer what their needs were, what their costs were and at least try to cover their costs.”

We’re blown away by how much generosity and kindness has been spread because one person decided he wanted to help and then figured out a way to make it happen. We’re honored to have George Ahearn as part of our MKRO family and our Kindness Grant winner.

This grant is given in honor of Matt Kurtz, (1985-2017), a young man whose personal philosophy was to live an honorable, compassionate and non-judgmental life. To give for the sake of giving, to expect nothing in return, to be aware of the world around him and to step in to help others without being asked whenever he saw the need. Matt believed in the ripple effect of a simple act of kindness – like a pebble dropped in water, it goes on and on. You can find out more about how Matt lived his life, examples of his many acts of kindness, big and small, and why this grant was created on MattsKindnessRipplesOn.com.

We’d also like to acknowledge the many people who sent in their fantastic ideas for kindness projects.  While we wish we could give our grant to every kindness project submitted, there were so many wonderful ideas, we regret we have only two to give. We want to thank each and every one of you for submitting your ideas and hope you continue to spread kindness everywhere you go.

Do you have an act-of-kindness project you want to do but need help funding it?  Submit your idea for the Matt Kurtz Kindness Grant of $500 and let us help you spread kindness.