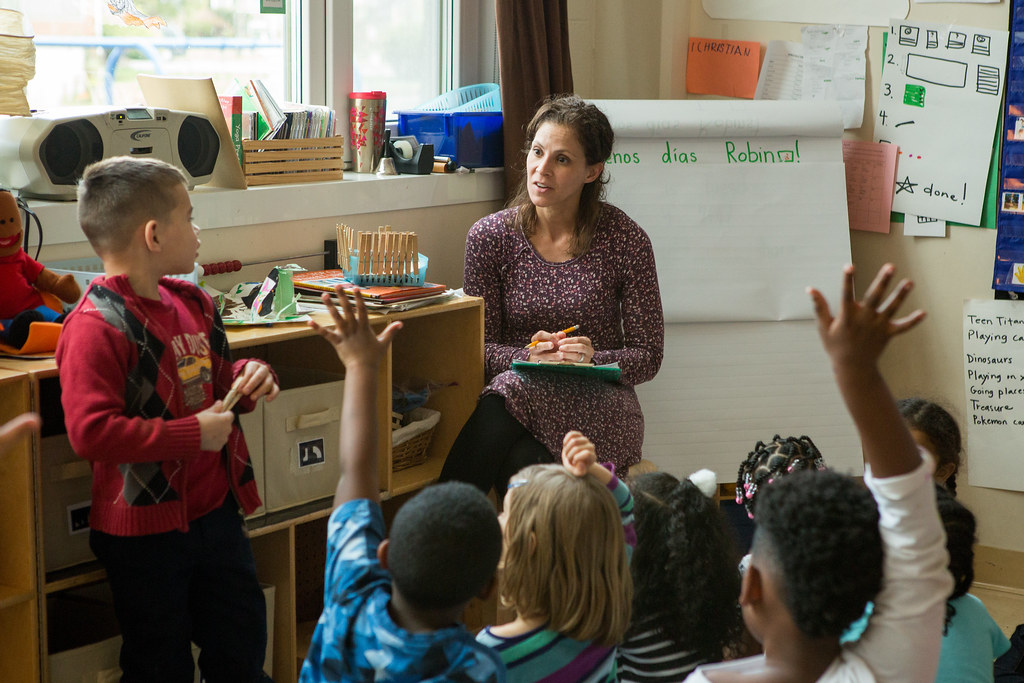 "Praise students for their hard work, their concentration, their use of multiple references and their completion of a task."
photo by flickr.com

For the twenty years prior to publication, Harrington and Boardman researched concepts surrounding social mobility and “negative prediction defiers” – those people who disregarded the stereotypes that were used to describe them. In spite of the misconceptions and errors used to label these individuals, many went on to be highly successful. In their study, Boardman and Harrington identified one hundred middle-aged, highly successful people: half of this group was African American, half White; half female, half male. Half were identified as Pathmakers (neither parent graduated from high school and they grew up in poverty) and half were identified as Controls (grew up in middle-or-upper class homes and both parents graduated from high school).

I was a poor kid from the housing projects in NY and FL as well as the tenements NJ. My clothes were either made by my blind mother or given to me by kind people from various churches or social agencies. Neither of my parents completed high school and books were scarce in our home. Nevertheless, my teachers consistently looked past my poverty, my shabby appearance, my many bruises and expected nothing but the best from me. They encouraged me to succeed, to participate fully in class activities. They knew me, asked how I was, called my name and even visited my home on days I was absent. They placed me in leadership positions, encouraged me academically and let me know in many ways that they cared about me. I seldom heard a harsh word directed to me in a classroom. In school I was Strong Beverly. At my abusive and dysfunctional home, I was Weak Beverly, always fearful of the next beating.

Like the other Pathmakers in the Harrington/Boardman study, school and teachers played a major role in my “beating the odds in American Society.” For me, school was my safe haven, a place where I could be myself, explore my personality and my strength. Interestingly, I found I had a sense of humor, many friends and excelled academically. Teachers, the study discovered, served to provide the social and striving structures so missing in the Pathmakers’ home lives. Pathmakers remembered their teachers, their names, ways in which they mentored them and often the words of encouragement they spoke. For the Controls, they reported that school was less important and many could not name even one of their favorite teachers.

Another major difference between the Pathmakers and the Controls involved locus of control. Pathmakers held strong internal beliefs that they could control what went on in their lives, they took responsibility for their actions and did not attribute their success to such external factors as luck, fate or being in the right place at the right time. Nor did they blame their failures on other people. Pathmakers looked to their own internal resources, especially their drive, motivation and effort as the key factors in their achievements. This is a healthy and provocative attribution for one’s behavior says psychologist Dr. Carol S. Dweck (Mindset: The New Psychology of Success: How we can fulfill our potential).

When people experience success or failure, they often attribute their outcome to one of a few factors: effort, ability, luck or other outside forces. These factors differ on their internal/external dimensions as well as on whether they are malleable/unchangeable. Attributing your success to your own effort means that you have internal control to increase or decrease the amount and quality of effort you are exerting. Effort is both internal and malleable. Whereas luck or depending on other people are not only external factors but you can’t count on them to be available when you need them. While ability is internal, it is generally considered not malleable – that is, you can’t change it much.

Armed with the attitude that your effort is the most important “thing” that you own, you are well on your way to becoming a Pathmaker. Effort is the most powerful of all attributions for your successes/failures, for it is both internal and it is under your control. There are many ways you can increase your effort: you can try more, work harder, work smarter, spend more time studying, read alternative versions of a complex problem, work with a partner or team.

It is interesting to note that the Controls markedly differed from the Pathmakers on this dimension. They tended to say things like: “I was in the right place at the right time.” or “I’ve always had a lot of luck.” Pathmakers seldom said these types of things.

The findings from this study give us clues for classroom practices. Here are some simple thoughts for educators:

You can find many more implications for classroom practice in the references sited above. Remember, there are Pathmakers in every classroom. It is in your power to encourage them and empower them to be strong, capable and confident in their ability to succeed – in the classroom and in life.