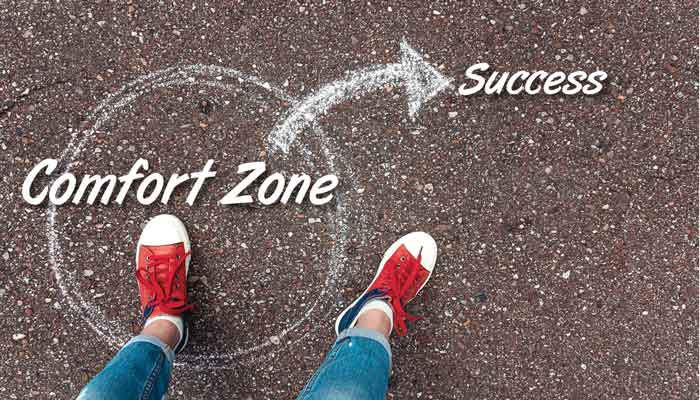 "If you want to progress in your career, you are going to have to step into places that you haven’t been before."
photo by theteenagertoday.com

Have you ever wondered why some people are extremely successful while others consistently struggle?

You may have watched friends or colleagues move up the ladder of success while you saw others staying stuck. Perhaps you even felt like some are super luck and others just aren’t.

I am sharing two real client case studies to illustrate the reasons why some people have rapid success and others continually struggle. They will reveal the mysteries so you can make changes in you own career journey.

These two professionals have similar educational backgrounds and both work for great companies and they both chose to work with me. One has skyrocketed to success while one struggles. There are very specific reasons why and there are easy “fixed.”

Let’s talk about Allison and Michelle (names have been changed). Both Allison and Michelle went to great colleges, joined companies they love working for and were both recently promoted in their roles. They came to work with me to see how they could develop their leadership skills in their new roles.

She always showed up on time to her sessions. She was excited and her energy on each call was slightly nervous because this was all new to her; but she was very open to learning more. Allison also mentioned how honored she felt that her company took the initiative to invest in her growth by getting her an executive coach.

After each session, Allison and I would agree on homework to complete by our next session and I was always pleasantly surprised at how seriously she took this. She would show up to the next session with it written out and had even asked if she could share her screen so she could walk me through what she had put together. This was fantastic because it allowed us to go deeper into each area that we were working on together.

After our sessions, Allison took her discoveries and action items and implemented them with her team. At first, it was a little difficult for her because it was outside of her comfort zone; but she did it anyway. Each time we had a session her feelings of discomfort lessened.

For example, she wanted to ask for more resources on her team and thought no one would take her seriously as a new manager. We worked through some leadership skills and action items and the next session she shared with me that she was both thrilled and in shock that her boss put in for three new headcounts for the new fiscal year to add to her team.

When we ended our time together she could not believe how far she had come and the changes in how she was regarded and treated at work. She had a huge transformation and her company saw her value and was continuing to invest in her and her ideas.

Michelle was incredibly intelligent and smart. She was a top performer at her company and they promoted her. She had been wanting this promotion for a long time and was happy to finally be in this new role. At our first session we talked about her new team and some bigger challenges she was having around working with cross functional teams. She didn’t have much contact with her own new team. With the cross functional teams, she mostly felt she was right and the other teams were wrong. She wanted them to back off and allow her to be in charge.

She took a long time between sessions to book her next one. While she did the homework we agreed upon, I never got the feeling that she was enjoying the process.

She told me that her boss would have important meetings without her there, and also make decisions that she wanted to be part of. Her company culture was around being one team and she thought that was a bunch of hokey.

Things slowly started to get less combative with the other teams, but it was a difficult journey. She also admitted to sometimes yelling at people because she saw others do that in her company and thought it was OK. Even when someone told her they felt disrespected, she still thought the situation warranted it.

She had some wins, but it almost felt like she regarded coaching as a punishment, not an investment that her organization was making in her growth.

That’s just a quick snapshot. Now let’s talk about what they did and didn’t do so that YOU can look within yourself and start to take action.

Here is a recap of what you can do in your current role in your organization:

The good news is that Michelle actually did have her “ah-ha” moments and did finally see some really great success in her journey. Having those direct experiences of the process working gave her the courage to start stepping further outside of her comfort zone. That’s the wonderful part about coaching. It may take some of us longer that others (including me!) to get where we are heading due to resistance, lack of trust and fear. These are normal things to experience along the way. That’s OK, it s part of the process. The important thing is that Michelle stuck with it and did get there. I’m so proud of her and Allison – two amazing clients.