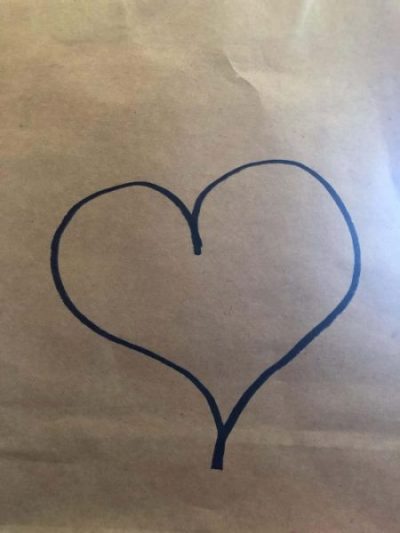 "Every person who crosses your path is of value and can teach you wonderful life lessons."
photo by Debbie Milam

Each and every person on our planet has value. At the time of their birth most people are welcomed with joy and their families hope that they will live a full life. Every person who crosses our path or the path of our children will contribute to our evolution. One of my favorite movies is The Fisher King. In this movie, Jeff Bridges looks at a homeless person with disgust. Robin Williams challenges him by saying that this homeless person can be Bridges’ most profound teacher. That he was placed on his path to teach him and all of humanity compassion.

Our family had an extraordinary teacher of compassion in our lives. When my son was three years old we had season tickets to The Florida Panthers, our city’s professional hockey team. At that time the Panthers played in a very run-down part of Miami. As we went to our first game we passed numerous homeless people on the streets. Most were living a destitute existence, sleeping in the streets, ravenously hungry and desperately in need of a bath. We gave money to each person we passed. Most thanked us, some blessed us and others simply stared into the dark recesses of their minds.

But then there was our greatest teacher – a large African American man with loving eyes. Although he was missing teeth, his smile could light up an entire city block. As we gave him money he started laughing and singing God’s praises. We stood listening to him for a moment and my son tugged on my arm. He whispered in my ear, “Mommy, what’s his name?” I told my son, “I don’t know, but if you want to know you could ask him.” With all the beautiful innocence of a three-year old, Mikey looked at this man and said, “What’s your name?” As Mikey finished asking the question the man began to weep. Scared he had done something wrong, Mikey asked me why he was crying.

Through tear-filled eyes, our amazing teacher shared that not only had no one asked him his name in ten years, but most people never even stop to notice him. He told us that his name was Sylvester and he had been living on the streets for ten years. A former construction worker who was injured on the job, Sylvester’s life took a downward spiral. Although his life had taken a turn for the worse, he said he could always find something to smile about.

After that, whenever we went to a game we would stop and spend some time with Sylvester. Mikey loved his sense of humor and warmth. One day about three weeks after meeting him, Mikey and I were in the kitchen getting ready to go to a game. He asked me where Sylvester ate. I shared with him that sometimes he could eat at the soup kitchen, but sometimes he would go hungry. Mikey looked at me and his face lit up with inspiration. “Mommy, Sylvester will never have to go hungry again, I am going to bring him food every time we go to a game.”

What an amazing level of compassion my son exhibited that day. Mikey kept his promise and for the next three years every game we went to Mikey would pack a sandwich, a drink, a snack, some fruit and a little note saying that he loved him.

Sylvester was deeply moved by Mikey’s generous spirit. Each time my son would give him his “brown bag of love,” as he called it, Sylvester would lay his hands on my son’s head and say the most beautiful blessing upon him.

Our tradition continued until the Panthers moved the team to a different city. The day I told Mikey that we would not be going down to see Sylvester anymore, he cried. He was deeply concerned that without his brown bags of love, our extraordinary teacher of compassion would go hungry. I reassured him that Sylvester was strong and would find a way to survive.

We talked about our connection with Sylvester often. When Mikey was eight years old, we took him to the circus at the brand-new arena in downtown Miami. As we were walking up the stairs, we heard someone screaming, “Mikey is that you?” It was Sylvester! He was healthy and strong, but still homeless. As they embraced, Sylvester told us that no one had ever made him feel as special as Mikey had. A simple act of kindness by an innocent child helped make another human being feel valued. What a profound lesson in the power of giving.

There is a powerful gift you can give your children – the gift of insight that  May you and your children be blessed with the opportunity to deeply touch the heart of another.