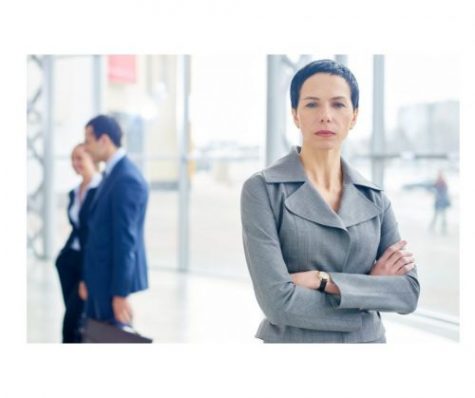 "I may be in more of my Masculine Energy in business, but my Feminine Energies are alive and thriving."
photo by canva.com

March is Women’s History Month. You probably want to stick a needle in my eye after reading the headline, but let me expand upon what I mean.

I have spent nearly 20 years in the corporate landscape and what I have observed time and time again is that many women, when they step into a Leadership role, begin acting like a man. They make decisions like their male predecessors. They heartlessly restructure departments and entire companies; and they seem to be void of feelings. It is as if they checked their emotions at the door before entering the building.

Shamefully, I have done the same. Why? Because I have been told by bosses repeatedly, “You are being emotional.” – like it’s a bad thing. Well, it isn’t. We have been conditioned to think it is, me included.

I would like to introduce the concept of masculine and feminine energies. We ALL have both energies within us. Females tend to have more feminine energy while males have predominantly masculine energy.

Masculine Energy is mind based energy – Thinking and Doing – which is really fantastic to have in business. If you are a mother, you use a lot of Masculine Energy – “doing,” “thinking” and “moving forward.”

While Feminine Energy is Being and Feeling energies. You may be thinking, “I do not want a Leader who is going to just lay on the couch and eat bon bons and feel emotions all day long.” Not to worry. Your feminine side gets expressed when you move with the flow of life, embrace your creative energy and attune to your internal process. Feminine Energy also receives. Tuning into the internal process is extremely important in the corporate world. If a female leader is checking her feminine energy at the door, she is setting herself up for failure. This is her “gut” check, her female intuition. She may be shown the best plan on the planet by her team, her gut is saying, “No, this isn’t right for the company.” If she ignores her gut, that’s not going to have a good outcome, is it?

Bonnie Marcus of ForbesWomen says, “We are instructed to leave our emotions at home. There’s no room for “feelings” in decision-making and business, but at the end of the day when we’ve reviewed the data over and over again and have asked others for their opinions, it’s our gut that is our best counsel.”

This sounds wonderful for being a leader. “Let’s plow forward with our plan, Arrrrghhh!” – very “Braveheart” indeed. But what about when you are risking the security of all the employees under you or the welfare of your consumers? Isn’t a feminine gut check also required? If you say “No,” then why not?

When I was getting my MBA, it was a MUST HAVE for one person on the team to question the theories the rest of the team came up with, to challenge them, to ensure we had the best plan possible. That was a difficult role to embody. To say, “What about this? Did you think about that? What makes you think this way?” I despised having that role because it was so incredibly uncomfortable. I wanted to say, “Yes, sounds good! Let’s finish our Power Point Presentation and be done with it!” But deep down, as a team, we ALL knew better. We knew it was important to question our theories first and listen to our intuition. If we are doing this while being educated on being a leader, then why do we discard this important piece when we actually step into our roles?

And what about plain ol’ human flirting? That’s gone out the window completely. I’m not talking about crossing boundaries, and #meetoo, but just plain fun. I remember when I first began my career in the alcohol beverage industry, I wore miniskirts, flirted and had so much fun in the business. I soon found out however, that people judged me harshly. As I moved up the corporate ladder, I became a “pantsuit” leader. You wouldn’t catch me in a skirt if my life depended on it. Pants all around, ladies!

Slowly I lost who I really was. I lost my authenticity, my sense of humor and my Joie de Vivre. I became a cog in the wheel – blending in, thinking with my head only and forging forward. I thought this was the way to go if you wanted to be successful.

Then I had a wonderful opportunity to work for a very large international, publicly traded company that had many females in big leadership roles. This was so exciting! Yet, sadly, I noticed the same qualities in those women. We were just a bunch of “Stepford” leaders. We weren’t game changers at all. I felt really disappointed, and bored.

I began to study Feminine Energy vs. Masculine Energy. I started to play with utilizing both in business, too – a little joke here, leading with my heart there, a big authentic smile each day, a mistake or two and still loving myself, receiving complements and enjoying it.

Now that I am an entrepreneur, I let myself run wild. I may be in more of my Masculine Energy in business, but my Feminine Energies are alive and thriving. You won’t catch me in a client meeting without a dress on – I absolutely love my dresses. Long gone are my pantsuit days.

My energy is infectious and everyone around me benefits. My company benefits because clients are attracted to me and that’s darn good for business.

Let’s celebrate Women this month and also celebrate our Feminine Energies – our beautiful qualities that make us different from male leaders – not better, not worse, but UNIQUE.