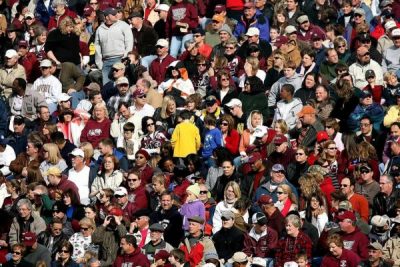 "I never realized how much of a connection hound I was, how much I relied on the social niceties to make me feel comfortable in a group of people."
photo by www.maxpixels.net

I am in the land of the walking dead. A bell chimes and dozens of people shuffle slowly down the hall. No one makes eye contact, no one speaks. I am watching them, unsure how to behave, thinking that I might be turning into a zombie myself.

It is day one of my first silent meditation retreat, a Buddhist-inflected weekend with the ambitious title “Wisdom and Compassion.” But I’m not feeling wise or compassionate; I’m feeling freaked out. The idea is “solitude in community” – you are with others on some level but you don’t speak to them or acknowledge them in any way. Instead, you are meant to turn inward, facilitated by several hours a day of meditation. But this experience is so new to me – both the prolonged meditation and the silence – that my orientation has turned outward instead. I find myself in full anthropologist mode, observing the natives and formulating research questions: What happens to people when they are deprived of almost all stimulation and human contact for 72 hours?

We are instructed to hand our cellphone in at the front desk and to refrain from reading, writing, drinking alcohol or engaging in sexual activity. I cheat a bit on these rules – I read for a few minutes before I go to sleep and I write a bit in a journal. But mostly, the days are long and quiet.

People seek any kind of stimulation they can find. The bird feeder is a big draw, the multiplex of the retreat center. In a cluster of a dozen yogis, I watch a black-capped chickadee spar with a tufted titmouse for prime position. With excitement like this, who needs YouTube? I also observe several yogis as they read the posted signs in the kitchen again and again, as if they were great literature: “Please rinse your plates thoroughly.”

As the first day drags on, I look forward to my assigned yogi job and the social interaction it promises. I’m a pot scrubber and I even get to communicate in a minimal way with my fellow scrubbers – “Which pile should we start on? Do you want to scrape or scrub?” After a day without social interaction, these exchanges took on extra meaning. I found myself feeling a bond with my pot scrubbing team that probably wasn’t actually there.

I never realized how much of a connection hound I was, how much I relied on the social niceties to make me feel comfortable in a group of people. It was just too weird to have meals at a crowded table and not acknowledge the presence of the person next to me. Instead of feeling the solitude in community thing, I just felt like everyone was mad at me. At breakfast, I saw a father briefly put his arm around his son (against the rules, definitely) and I got choked up, feeling that this was the most poignant act I had ever witnessed.

This retreat took place in January. I had no idea at the time that it would become a kind of dress rehearsal for the social distancing and radical life simplification that Covid-19 would bring two months later.

Like most of the country, I’m at home almost all the time now. Cultural events, social engagements and trips have all been canceled. Fear and tragedy dominate the news. I can’t visit my parents and I only see my coworkers via Zoom. Just like during my meditation retreat, I’m once again struggling with the reduced stimulation and the solitude in community idea. I take a walk outside and strangers keep their six-foot distance, avoiding eye contact just like people on the retreat. We’re all supposed to be in this together, but it doesn’t feel like it. I feel unmoored and alone, back in the land of the walking dead.

My retreat was only three days long. The first two days were hard and lonely and alienating. But something happened on the third day. I began to settle in to the experience, to accept the stillness and the silence and the simplicity of the day’s routine. As my resistance softened, my meditations grew slightly less restless and wandering. In the great meditation paradox, by focusing on myself – my breathing, my body sensations, my emotions – I was able to break out, ever so slightly, of my own anxieties and open up to my connections to others. I stopped worrying about the fact that people weren’t talking to me, or smiling at me, or making eye contact. None of that mattered; for just one of the seemingly endless moments in my meditations that weekend, I felt a deepening of the bonds to my fellow yogis and in fact to everyone in my life. There is a lot of talk about compassion in Buddhist thought and maybe this feel of inter-connectedness was a first tentative step towards that elusive state. But then the retreat ended.

More experienced mediators sometimes go on retreat for three months, a period of time which is probably closer to how long this coronavirus retreat will last. It’s only been a short while so far, but already I’m finding the lessons of my meditation retreat useful. I’m embracing the slower pace of my life, which is now shaped by simple routines and fewer distractions. I remember our meditation teacher’s final words in sending us home from the retreat: “Drive safely, obey the speed limit, don’t drive too slow.”

I’m also working on rekindling that sense of connection that I felt on my short retreat, those first few steps on the path towards compassion. Because as the Covid-19 crisis deepens, I know that we’ll need to help each other in ways that we can’t even imagine. So, I’m stocking up – not just on pasta and coffee and toilet paper, but on the open-heartedness that we’ll all need to get through this.