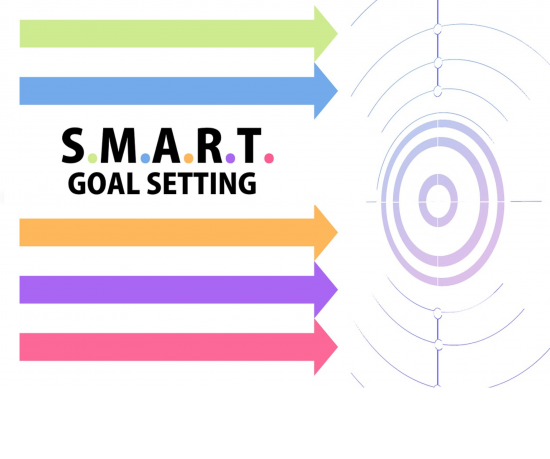 "That’s why I decided to defy the establishment in my own small way by taking on the gold standard of goal setting: S.M.A.R.T. goals."
photo by pixabay.com

It was sometime around my 50th birthday when I noticed a change in the way I thought about life, the universe and everything. I started questioning, and dare I say, challenging the status quo.

“Oh no, you can’t.” I’d hear for an answer. “It’s been established that THIS way is the BEST way!”

That’s why I decided to defy the establishment in my own small way by taking on the 40-year-old gold standard of goal setting: S.M.A.R.T. goals.

If you aren’t familiar with this standard, according to Wikipedia the first known use of the term was in the November 1981 issue of Management Review. George T. Doran wrote a paper titled “There’s a S.M.A.R.T way to write management’s goals and objectives.” Nineteen-eighty-one – the year I graduated high school!

Is it any wonder that by the time I entered the work force a few years later, S.M.A.R.T. goals were the buzz phrase and standard being used to increase productivity in the workplace? I loved S.M.A.R.T. goals. They are Specific, Measurable, Action-based, Realistic and Time-bound. Yes! Let’s get crap done!

For decades I was a loyal S.M.A.R.T. goals adopter. They helped me earn college degrees and professional certifications, write two books, participate in triathlons and more. But as I approached my 50th birthday, while my enthusiasm for setting and achieving goals remained high, I could no longer buy in to the S.M.A.R.T. goals methodology.

It now felt restrictive. The goals I wanted to achieve couldn’t fit into the model unless I defined success in a way that was less than inspiring to me. Instead of motivating me, S.M.A.R.T. goals were limiting me.

As the years passed, I continued to set and achieve goals like losing 50-pounds so I could hike the 100-mile Wilderness section of the Appalachian Trail over a period of two weeks without dying. I realized that the gold standard of goal setting wasn’t the only way to set and achieve goals. But I was still attached to S.M.A.R.T. goals. Although their quality was undeniable, as was the fact that I once wore them like a well-fitted business suit, I had to ask myself, “Do S.M.A.R.T. goals spark joy?” The answer was a sad but indisputable “No.”

I didn’t have the heart to toss out this once-favorite outfit even though the style no longer suited me. So, I let it hang in my closet, unworn for years. Until one day, I pulled it out to take another look at it. “Hmmm,” I thought, fingering the fabric “I wonder…” “It’s simple in its styling,” I thought, laying it out on my bed. “There’s no question that it’s meant a lot to me over the years. So many goals achieved, so many memories created because of this suit.” I cringed looking at the ridiculously massive 1980s shoulder pads that could protect any NFL linebacker. “Hmmm… maybe I could alter this suit to a more modern, life-appropriate style.” I thought. I picked up the suit jacket and hugged it to my chest. “Yes, I think it is worth saving! I can find a way to make it a useful part of my wardrobe again.”

So instead of throwing them out, I altered S.M.A.R.T. goals to suit my modern needs. You might say I added some feminine frills to them.

My updated S.M.A.R.T. goals methodology is feminine in nature. It allows for the ebb and flow of desires and the demands of everyday life. It reduces the pressure to achieve something more when you’re still trying to figure out exactly what “more” is. It offers the freedom to take side roads, short cuts or the scenic route to your destination.

The traditional S.M.A.R.T. goals methodology is masculine in nature. The accomplishment of the goal is what matters most. It’s based on decisiveness, measurable results, planning and taking action.  It’s a “no holds barred” approach to accomplishing goals.

A feminine approach recognizes that the journey is what matters most. Relieved of the pressure to know exactly what you want allows the freedom to redefine your dreams as you step closer to them. You don’t have to feel overwhelmed because you don’t know all the steps to take. You can trust the Universe to assist you and bring clarity to your vaguely simple vision.

A feminine approach supports your need to do something meaningful or to create memories – two concepts that are impossible to measure, yet are immeasurably satisfying. It allows you to honor your own desires and needs by asking the question, “Is this really Acceptable to me? Is this how I want to spend my time and my energy?” If the answer is “No,” rework the vision until it fully Resonates with you OR give yourself permission to discard it. Your journey should be filled with adventures, challenges and countless rewards; not chores, burdens and a participation trophy.

And finally, there is no time limit on achieving your goals. As long as the dream is alive in your heart it is a goal worth achieving. A feminine S.M.A.R.T. goal never states, “You’re too old to chase THAT dream!”

Grandma Moses started painting at age 78. She died at age 101. She painted around 2,000 works of art over a period of 23 years. Timeless! Emma Gatewood was the first woman to hike the 2,168-mile Appalachian Trail in one season. She accomplished this in 1955. She was 67 years old. Legend has it she told her children she was going out for a walk. She didn’t tell them she planned to walk from Georgia to Maine. Simple!

If the dream in your heart doesn’t fit into the standard S.M.A.R.T. goals model, that doesn’t mean it isn’t a worthy goal. It simply means that the model doesn’t fit your dream. Refuse to listen to the naysayers who can’t see the vision you hold in your heart. Release your inner rebel and allow yourself to find YOUR way to achieve your dreams.

You can dress your dreams in leather, lace or merino wool (my preferred dream-chasing fabric). You can write about it in your journal, express it on a vision board or envision yourself experiencing it with the clearest or fuzziest of details.

A Feminine Approach to S.M.A.R.T. goals invites you to have goals that are Simple, Meaningful or Memorable, Acceptable, Resonating and Timeless. If this approach doesn’t work for you, create one that will. Release the rules, rework the guidelines. Follow your heart and trust that your heart will find a way.