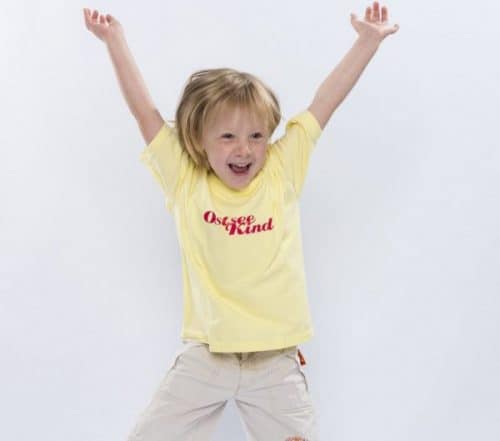 "Just as he knocked the castle over for the twentieth time he grabbed my hands and threw them up while he exclaimed “Uh-oh.” Reflexively I grabbed his hands, threw them up and he exclaimed once again “Uh-oh.” I am not sure which one of us was more excited at that very moment."
photo by pxhere.com

Twenty-two years ago, a little guy named Andrew came into my life. Unbeknownst to me he would ultimately change the trajectory of my career and my heart.

It was the summer after my junior year of college and I was working as a village director at a local summer camp. I worked there every summer when I was home and had attended as a camper when I was a child. It felt like a second home. I loved the kids and the staff. We were just entering the second session of the summer and I never could have imagined what was about to happen.

It was a crazy hot Monday afternoon and the activities were buzzing all around the camp. I had just finished doing a craft with one of my groups when the camp director came strolling over with a mom, dad and blonde blue doe-eyed little guy. He introduced the parents to me and then they introduced the little guy with them as their son Andrew. I shook the parents’ hands and then bent down to greet Andrew. He was 4 and had not even looked in my direction when I greeted him. What he did do is reach out and touch my face ever so gently. It was like he was learning all about me in one extended touch. I gave him the time he needed and when he pulled his hand away he looked me dead in my eyes. This was about a 30-second interaction that felt like minutes in slow motion. I made the move to stand up and he pulled my shirt to get me to bend down again. His parents immediately came swooping in to get him and without even realizing it I put my hand up to signal them to stop. They stopped and looked shocked. I spoke quietly telling them he was completely fine and if they did not mind I would sit down while we talked. They looked fearful yet hopeful and, after a slight hesitation, they agreed.

I sat on the ground right where I was and Andrew joined me albeit a few feet away. I began explaining our program, the daily schedule, the Honeybee group he would be in and answering many questions that most parents had never asked me before. During this time Andrew would randomly move closer and then away again. He would come and get very close to my face, almost nose-touching close. I never said anything or put a demand on him. I just smiled or made eye contact as I spoke to his parents. His parents just kept watching me perplexed. After all their questions were answered the camp director asked if the parents wanted a tour of the camp and told them they would circle back to me. Andrew suddenly got up and stood right next to me making a very clear statement that he was not walking anywhere. His parents started to become very anxious because Andrew started making loud vocalizations and becoming visibly distressed. I offered to have him hang back with me and there was a lot of hesitation and looks between the parents. They stated they didn’t feel he would stay with me. I encouraged them to let him try and if I needed them, I would send someone to get them. Reluctantly they agreed and told Andrew he could stay with Miss Taralee. The only sign we got that this was okay with him was that his body relaxed and when his parents started walking away he did not move.

I could sense the parents’ nervousness but didn’t have any myself. I was confident that Andrew and I would be fine. I obviously knew at this point that he did not have much or any language and that he had something more going on, but to me he was just a little guy named Andrew who may become one of my campers. The rest were details that would be important moving forward, but not now.

Andrew watched his parents walk away and stayed right next to me. Once his parents were further away he grabbed my shirt again to make me sit. I obliged and he sat right next to me, almost on top of me. I motioned for a nearby counselor to bring me some of the sand toys. I started playing. He watched and then after a few minutes he took my shovel and handed me the sifter. I started playing with the sifter, talking as I went. He then took the sifter and gave me a bucket. We were exploring and discovering together on his terms. This went on for a while and then he started mimicking what I was doing but remained quiet. I continued talking, being silly and building a castle with the bucket he gave me. Out of nowhere he knocked the castle over and then looked at me. I immediately started laughing, threw my hands in the air and exclaimed “Uh-oh.” Andrew busted out with the deepest and greatest belly laugh. My heart melted. He gave me the bucket again – obvious that he wanted me to make another castle. For 10 minutes I built castles and he knocked them over and we laughed together. Just as he knocked the castle over for the twentieth time he grabbed my hands and threw them up while he exclaimed “Uh-oh.” Reflexively I grabbed his hands, threw them up and he exclaimed once again “Uh-oh.” I am not sure which one of us was more excited at that very moment.

I heard some noise behind us and turned to see the camp director and his parents. His parents were embracing one another and their eyes were filled with tears. I was confused and it must have showed because almost instantly they said “He doesn’t interact with people, especially not new people in a new environment. We didn’t walk far because we were afraid he would run or have behaviors that would have been too much for you. We have been standing here watching you with him for 20 minutes.”

Andrew became a Honeybee the very next day and stayed the rest of the summer. Andrew had Autism and was a very special addition to camp. He touched every camper and staff member. He challenged us, loved us, allowed us to see camp from a completely different perspective and provided so much laughter. He and I experienced tremendous growth over that summer. So much so that I changed my major and internship for the upcoming semester. Andrew is the reason I work in the field I do today. Andrew unlocked my passion and purpose in a new way, in a way that made complete and total sense. I always knew I would be involved with children but never in the capacity I was shown that summer. He helped me realize the gift God had given me and appreciate the gift he was to me.