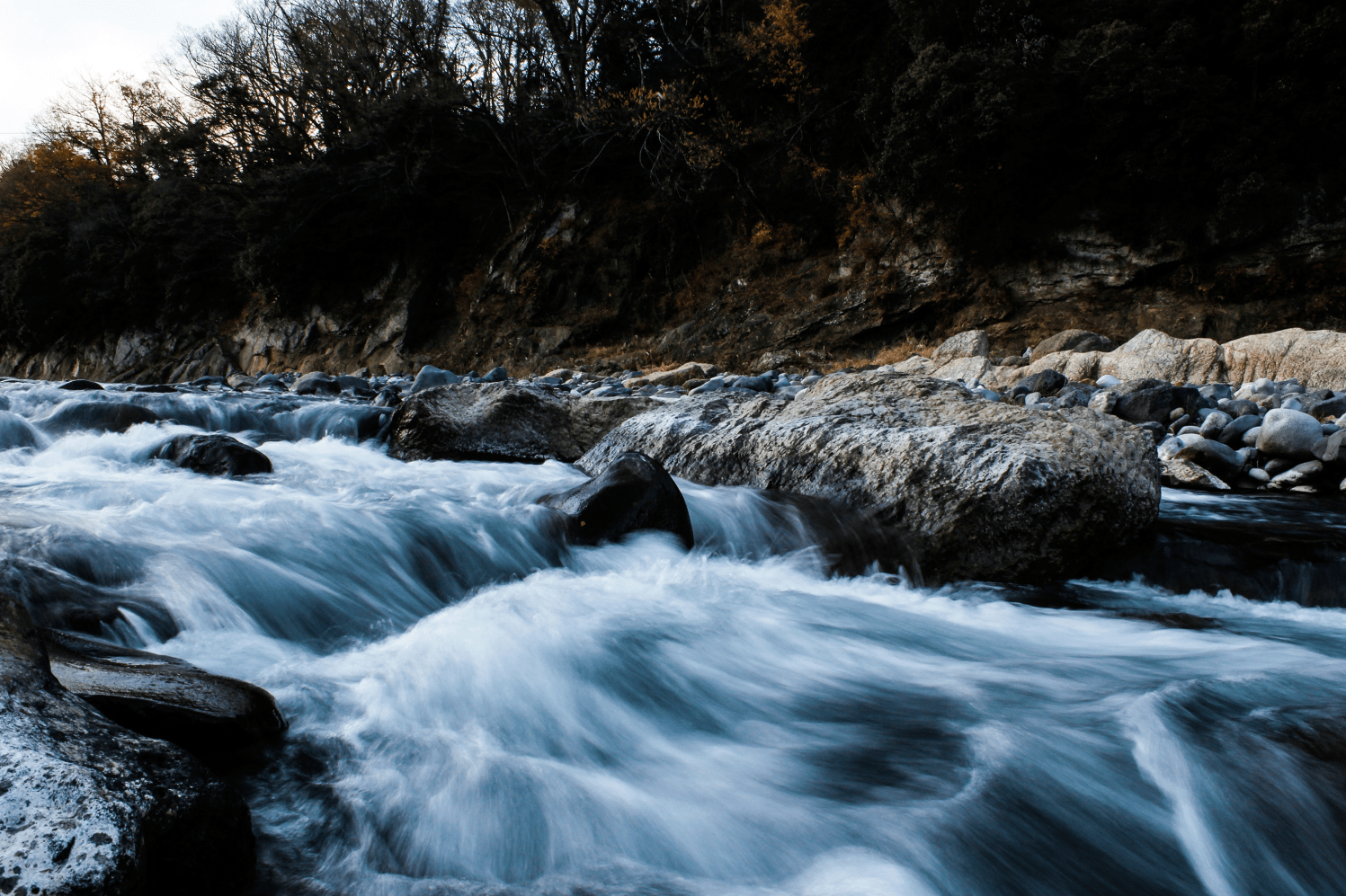 "Haltingly, she stepped closer to the churning maelstrom, feeling the tug of the treacherous waters."
photo by unsplash.com

She stood on the bank of the rushing waters, her heart beating in unison with the rushing waves, unsure whether to go forward or back. Suddenly a powerful, imposing voice prodded her, “Come to me.” then again more commandingly “Come to me. I can give you surcease of sorrows, for I am your friend.” Haltingly, she stepped closer to the churning maelstrom, feeling the tug of the treacherous waters. Then the darkness reached out ensnaring her with its cold tentacles, taunting her in a chilling, monotonous voice, saying “Come closer to me, for I am your friend, your confidant, your lover. Through me there is surcease of sorrows, of pain and of fear. Come now and lie back onto my lulling waves like a lover. I will hold you close. Do not fear me, beloved; for there is no fear in love.”

Venturing deeper into the icy, bone-chilling waters, she was pulled down into its depths – down, down into a cold, dark place filled with fear, loathing and despair. The waters surrounded her, bringing with it a cold such as she had never felt before and for which she saw no relief. Darkness, ominous, iniquitous, calamitous, cataclysmic, ungodly darkness sucked her downward into its bowels of misery and suffering. Suddenly, she began to struggle and then to fight with all her might; realizing this was not the peaceful, tranquil, respite that she had envisioned and had been promised. Now she was in a battle for her soul; that soul of which she had once placed so little value. Realizing the futility in struggling, she ceased her resistance, expecting to be drawn down into the abyss and ensuing eternal slumber. Upon her ceasing to struggle it was as if the darkness tired of her, like a feline bored with its prey once it stopped struggling. Suddenly she was thrust upward to the surface of the crashing, foaming waters.

A glimmer of light radiated from her soul – warm, beckoning, life-giving light. Her first gasp of air was like first breath at birth and it was oh, so wonderful. The air coursing through her lungs was euphoric and she wanted more. The suffocating darkness realized that she was lost to it and angrily releasing its hold on her, cast her onto the welcoming bank of the teeming water. It was there that she inhaled the welcoming breath of life and it was in life that she found the comforting relief of peace.