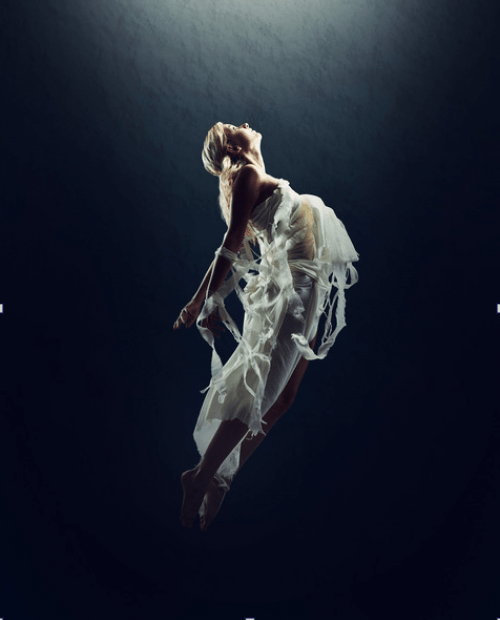 "I’m a Fairy Warrior - tender but tough. Maybe this is a test of what I claim to be."
photo by PeopleImages.com

Every love story starts with passion – the quickening of the heart and crazy, unbounded acts of kindness. Yep, falling in love is an inexplicable, almost manic, oft distractible force that makes you realize: Whoa! You have far more love and power inside you than you’d ever dreamt. And another soul just woke that bitch up.

The Earthquake of My Soul

As he dragged my suitcase up the stairs to our apartment, the one we’d shared for almost a decade, I was dragging my ass. Same old chronic spine pain but like many things, you just learn to live with it. I’d just gotten back from seeing my grown daughters and grandkids in Montana. He’d stayed behind to work and get his new business up and running. We were the couple who always kept in touch no matter where we were or what we were doing. This unspoken promise continued in the week I’d been away. I did notice, however, something different in his voice, and the last Face Time together, he seemed like he was having some trouble breathing. “Stress.” I thought. “I’m worried.” I’d seen and felt it over the last couple months. Bubbling beneath, and sometimes over the surface. I detected it in the periphery of my brain and gut: “He’s really stressed. He’s really tired.”

He left my bag near the front door and told me to sit down. My chest tightened. The cats, the only children between us, crept up to greet me. Whatever he had to say to me, there wasn’t much time because we were meeting another couple up the street for an art walk and some dinner.

“Babe,” his voice quaked, which instantly made my heart race even faster. “I need to tell you something.” I couldn’t breathe.

He knew what I was thinking. “No one’s died. It’s not like that. But babe, please, I need you to sit down.”

I didn’t want to sit down, but I did.

He shook his head, “I can’t do this anymore.”

“Can’t what?” I squeaked, already knowing what was next.

“What do you mean?” I couldn’t believe this was happening. I knew he’d been stressed, and that financially and career-wise, not everything had gone as we’d hoped, planned and dreamt.

“Nothing’s wrong, but something’s not right.” He ran from the room; I think he already had a small bag packed. Even today, I still can’t remember.

Without thinking, I made it to our bedroom, grabbed the dream board we’d both created that was tucked behind the door – magazine clippings of houses we wanted to live in someday, places we wanted to see and even an old couple in blue pajamas jumping on a bed and holding hands like happy, little kids. I crushed the board in half and his eyes swelled with surprise. I skidded down the stairs, raced to the alley and dumped it in the recycling bin.

I ran back upstairs, my heart pounding in my ears. “This must be a dream. This can’t be real.” I made him sit down and tell me why. He gave me reasons but none of them made sense (not to me, anyway). Like any former reporter, I wrote them all down. Meanwhile, he kept putting his hands to his temples and saying, “Can we please just be kind to one another?” That word “kind” seemed like such an odd word that day considering he’d just hurled a spear through my heart. Before he left, he asked me if I wanted a hug. “Get away from me.” I said, my arms clutched tight across my chest.

“I know you and the kitties are vulnerable. Don’t’ worry, I’ll take care of you.” He was, and is, that kind of man. He had given a lot; but so had I – maybe not nearly as much financially as he had, but in many other ways. We’d just had a trip to Ireland only two months before that was like a honeymoon – without the wedding. What went wrong?

Three and a half months later we signed a document that officially ended our domestic partnership. Standing in a brightly lit UPS store that offered notary services, he asked if I wanted to get a drink next door at our favorite spot.

“No, I’m meeting someone.” But honestly, I didn’t know if my friend would show. All I knew is there was no way I could go in there with him again and celebrate the ending of our life together.

He’d been the center of my universe, my everything; and, like most women do, I’d given too much of my attention to him and his family while neglecting my own. When a friend of mine got tough with me and told me to take all the photos down after three weeks, I numbly obeyed. I was sadder, in a deeply awestruck way, when I realized that out of two dozen framed photos throughout our home, from my side of the family – only two were left standing.

Enter: The Truest Test of Being Kind

In the weeks that followed he kept using that word: kind. “Let’s just be kind to each other.”

I imagined all the ways that I’d be unkind to him for breaking my heart just one week before our ten-year anniversary and two months before I’d turn sixty.

But then about a month later I looked into his eyes and croaked, “I feel like whatever I do to you, I’d be doing to myself.” Ahhh, there it is – real love. Even though it felt like it was killing me.

He was, and is, a good man. He loved me, helped take care of me a lot – financially, emotionally and especially through the chronic pain and sicknesses from the shots I was getting to help with the pain. We laughed together, a lot and hosted many themed parties and get-togethers. I felt safe with him, and us.  I trusted him more than anyone on Earth. But here’s the rub: I loved him even more than myself. I obsessed about all the things I could’ve done to avoid this. How didn’t I see it? Well, I’d sensed something was wrong; I just didn’t realize that he thought it was us.

He tells me I’m his best friend and that he still loves me. But he’s not “in love” with me anymore. When you’re that close to someone, I’ve found that “kindness” is a slippery slope. The shared laughter, secrets, fears, hopes, victories and frustrations of the days keep on coming. The problem is I’m still putting him first and that’s not kind to myself.

I guess I have to sever the cord. He’ll see the kitties when he can, as they were our “children.” I’ll be polite and warm – and kind. But I can’t be his best friend anymore because whatever I do to myself, I’m also doing to him. I’m kind to the mailman, to the coffee guy, to almost anyone I meet; but none of them shattered my heart or capsized my life.

I suppose that’s the biggest test of kindness: to be kind to someone who broke your heart. I wake every morning to meditate and then sob. I’m scared, mostly broke and alone. But being unkind to him won’t change any of that and will likely make me feel even worse.

My newfound sister (that’s a whole other story!) told me about a couple who’d split when the man had an affair with a younger woman. The exes still have to work together and the man won’t let his teen daughter see or talk to the ex anymore, even though she had taken on the role of mother and deeply loves her stepdaughter. Wow, that’s an example of being unkind for sure. Let’s face it – that’s f’d up.

It’s been four and a half months now. I’m tempted to say it’s only been three months, but my friends keep reminding me how long it’s really been. I’m still waiting for the glue to dry on the pieces of my heart. I don’t know how long it will take and frankly, I’m still in shock. My daughters finally told my grandkids who loved him so much. I’m relieved I wasn’t there for that.

For years now, as part of my identity, as a way of reclaiming my power as a battered child, I’ve said that I’m a “Fairy Warrior” – tender but tough. Maybe this is a test of what I claim to be. Maybe kindness, compassion and forgiveness are what forges any human soul into the bravest warriors of them all.