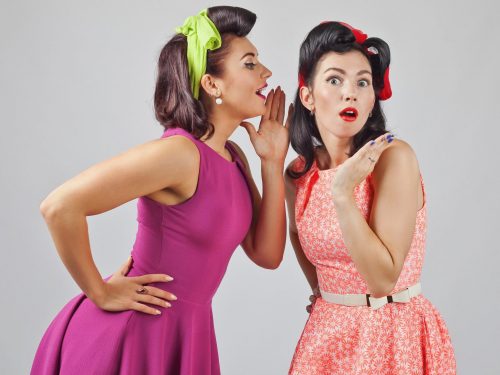 "That’s why people like her drive crappy cars, ’cuz they spend all their money getting ‘work done’!"
photo by istockphoto.com

“People who are mean or unkind or rigid cannot laugh at themselves. If we can’t laugh at ourselves and the human condition, we’re going to be mean.” ~ Eileen Brennan

I couldn’t bear to let anyone see my baby. She was faded, wrinkled and falling apart. But my sweet red car wasn’t always that way.

I’d bought her right after my divorce and a job promotion to creative director. Back then she was shiny and new and purred like a small, quiet kitten. And oh, how I loved her. We both glowed with our mutual independence, power and beauty. She was born in 1994 so I named her “Corrina” after a Whoopi Goldberg movie that same year.

I’m not sure exactly when my sweet little roadster started looking more like the hound from hell, but I know her journey coincided with my own sharp curves, steep speed bumps and deep potholes.

My early existence had never been storybook-easy, for sure. But after moving to LA it got even harder – the kind of hard that makes you break down, crash and even consider your life a total loss.

Together, Corrina and I were traveling on a rough road and not all was well under the hood. The detailed estimate of damage held bad news: debilitating neck and spine pain caused by the physical abuse I’d endured as a child; the dregs of divorce and economic pressures as the single parent of two teenage girls; a move to one of the biggest, most expensive cities in America to follow my dreams of being a screenwriter; and becoming the unforeseen, sole caretaker of my ex-actor-boyfriend who, when suddenly stricken with a hereditary mental illness, would never be the same or work again. To top it off, right after I’d raised my insurance deductible, Corrina got sideswiped one night by a hit-and-runner. It was a real shitty-shitty bang-bang, if you know what I mean.

After nine years of somehow surviving all that, I started a new career as a freelance writer and life as a single woman, again. But I was still holding onto my old, broken Corrina and she was looking more pathetic by the hour.

Then I fell in love with a new man. I waited as long as I could before introducing him to Corrina. He never judged me for driving her (as long as he never had to). After I moved in with him, I decided to get to know the neighbors and make a good impression. There was one woman about my oldest daughter’s age (thirty-something), a perky bug-eyed beauty who seemed really nice.

At first, we hit it off. But I secretly feared that I wouldn’t be good enough for her upper-crust background. If she ever saw me with Corrina I was certain my potential new friend would kick me to the curb faster than a Starbucks barista shaking an iced Venti quad-shot latte.

One day as I crossed the street, Bug-Eyed beauty was standing in her front yard. I waved and smiled but I was terrified. I thought about walking over to a sassy silver BMW and pretending that I’d lost my keys. Instead, I sucked it up and made my way to Corrina.

Because of the hit-and-run thing, her driver’s door handle broke off in my hand. Shit. So, I had to climb through the passenger side, do the splits over the gearshift and then wedge myself behind the wheel. Bug-Eyes saw it all despite my best effort to look like people do this sort of thing all the time. After that, there were no more friendly “hellos” between us or sidewalk chats. Every single one of my party Evites to her were opened but ignored

Eventually, another neighbor – “Miss Never Eats” – told me that Bug-Eyes was convinced I’d had plastic surgery. “There’s no way someone her age could look that good!”

Yes, as a fifty-something woman, on the outside I’ve aged fairly well thanks to my super-oily skin (as a young girl, however, it cursed me with some serious acne). But after years of debilitating physical and financial pain, I’d never had enough coin to even think about getting a facial, let alone an effin’ facelift.

To her credit, Miss Never Eats defended my honor by pointing out that there’s no way someone like me could afford plastic surgery when I drove such a crappy car like Corrina. And for some reason, something Bug-Eyes said next really stung me: “That’s why people like her drive crappy cars, ’cuz they spend all their money getting ‘work done’!”

Wow. I really wanted to march my mostly wrinkle-free ass right over to her perfectly Martha-Stewart-ish house and tell her the truth: how much I had suffered and that she was too young to know about soul-sucking hits that can knock a person down (and out). But I didn’t. I guess I decided that some people don’t deserve the truth.

Eventually, I finally had to donate my sweet red Corrina to charity – it would have cost too much to fix her. I must admit it was a relief to be rid of her, but an unexpected sadness crept it in as I watched the Vietnam Vets truck tow her off.

I quietly thanked Corrina for all the years she kindly carried me along the way. By the looks of her, you could tell that she’d been through a lot. I guess sometimes looks are deceiving, and sometimes they’re not.