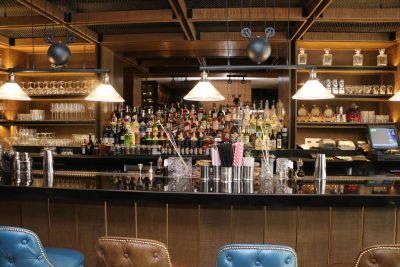 "There is no judgement in this place, all are welcome."
photo by pxhere.com

Saturday night my friends and I went to an 80’s Dance Club in New York City. I liked the club a lot. It was a mixture of people who grew up in the 80’s and people in their 20’s who just think it’s cool to dress up like Madonna and flail around and be silly. It’s filled with fun energy and the drinks are cheap and taste awful – perfect for dancing, sweating and jumping up on stage whenever the music moves you to do so. There is no judgement in this place, all are welcome.

As we walked up to the bar there was a large rolled up carpet front and center, so you couldn’t get a drink without leaning over it or stepping on it. There was a bright yellow sign in an acrylic frame that stated in big letters “STEP ON THE CARPET!” And so, people did. Lots of people were taking photos and uploading them to social media with the sign in front of them, while they were stepping all over the carpet – sometimes up to 4 or 5 people all standing on the carpet at the same time. I didn’t know if it was some weird social experiment to see if people would just do what a sign said to do just because it said so, or if there was really something fun about it. For a millisecond I wanted to step on the carpet with my friends and do a group selfie. But something stopped me. People were saying that there was a guy in the carpet. I didn’t believe it. I couldn’t see where his head would be but the manager said, “Yes, it’s true, he’s a performance artist and does this all over the city.” “How exciting.” I thought, “I can’t wait for the show to begin.”

But there was no “show” – this WAS the “show.” All night long people stepped on the carpet to get their drinks. At one point a girl bent down and peeked into the top of the rolled-up carpet and squealed. There was indeed a man in there. Later I saw him take his hand out to adjust something. The hair on the back of my neck rose, it was so creepy. I was perplexed by this situation – while obsessed with observing everyone’s reactions. Most people laughed and thought it was funny and odd. Some people were a little creeped out by it like I was. I wouldn’t step on the carpet even when encouraged to. I couldn’t bring myself to do it.

It happened to be an oddly warm Spring night with the temperature over 80 degrees outside. People were walking around with barely any clothes like summer had already arrived. It was hot and humid in the club and it must have been at least 100 degrees inside that carpet, with no air. I kept worrying that he’d pass out and die and no one would know.

A hot guy with nice biceps started flirting with me and our conversation drifted to the carpet guy. It was the elephant in the room, after all.  He told me that the carpet guy was someone with a fetish, who “gets off” on people stepping on him. He’d seen him all different places in the city.  He asked me if he could buy me a drink and I said yes. (Who wouldn’t say “yes” to nice biceps??) He walked to the bar and stood on the carpet while he waited for our drinks.

Suddenly a tremendous sadness came over me. If the carpet guy was someone with a fetish that needed or wanted to live out this “fantasy” in places all over NYC, I suddenly felt so much compassion for him. His conditioned mind probably kept bringing him back to this over and over again. What was his story? What happened to him as a child? Were his parents abusive? Did they step on him? Did they wrap him in a carpet for punishment? Did he even have parents? Did he grow up in an orphanage? My mind was racing with stories that could have shaped his past conditioned mind!

What I did know was that this man was born whole and divine (like all of us). Somewhere along the way his shadow was created from the intricate filing system our minds use to keep us safe as children. Something in his childhood had links to this fetish. The energy that was laying in his subconscious mind created this carpet behavior – telling him to remain hidden, shamed and abused.

I was overcome with emotion and the need to push the bar stools away and drag him out of that hot, stinking carpet. I wanted to give him a glass of ice water and shout at him, “It doesn’t have to be this way! You don’t deserve to be walked on, be in pain, be wrapped in carpet in this heat and think you deserve to be abused!! You are not worthless! Life is beautiful! You are beautiful inside and out! You deserve to be loved – not be stepped on for hours by people laughing at you in a night club!” I wanted to hug him.

I didn’t do any of that. I just felt sad. Instead I wondered why he was triggering sadness in me. What about him was pointing to something inside myself, showing me my own conditioned mind? At the very least, or the very most, this experience was happening for me…so I could learn about myself and my own mind. I thought about it and could sense that the carpet guy was triggering my own sense of unworthiness that lay dormant in the shadows, only to subconsciously lead me in the wrong direction of life, time after time. How many times had I sabotaged my own success, happiness or relationships with my lack of love for myself – my undeserving nature, my efforts to be “invisible” when I was too fearful to be my bold, beautiful funny, opinionated, adorable self.? A sliver of light shined into the shadows of my mind and made me a little bit brighter and that much closer to my own divine self.

For that I am extremely grateful to the “fetish carpet guy.” I’m sending you lots of love, Carpet Guy. I hope you can feel the love…thank you.