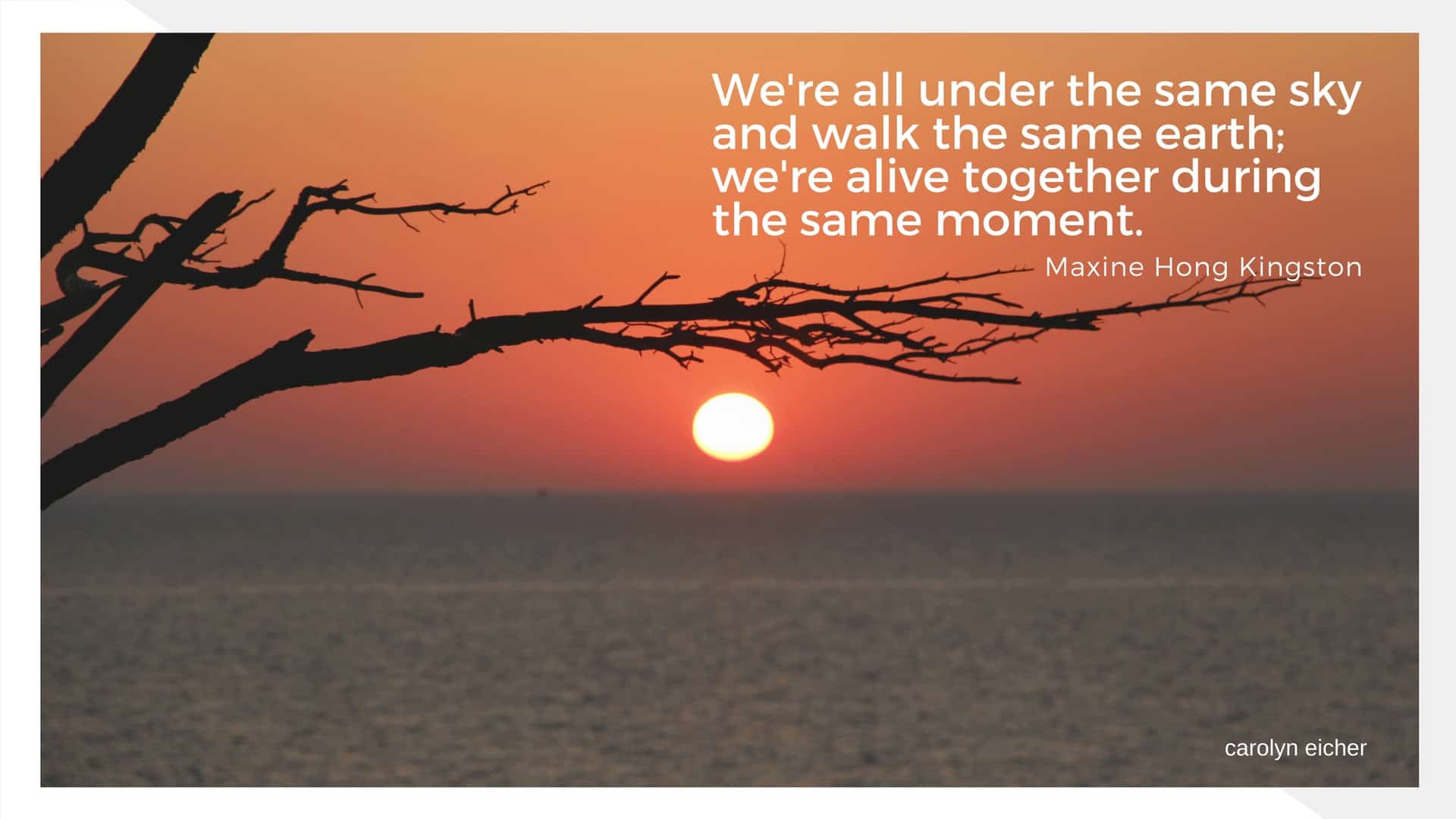 There’s a quote in Brené Brown’s newest book, Braving the Wilderness, that says, “People are hard to hate up close.” She talks about the current political landscape in the U.S. and how we spend so much time labeling and judging each other from afar, yet when you have conversations with people up close it’s pretty hard to hate them.

I believe this with my whole heart and recently had an experience that unexpectedly confirmed that belief.

The weekend of the Superbowl I was in FL. Long before the Eagles were in the Superbowl, this born and raised Philly woman decided to fly to FL to surprise her cousin for her birthday. Now, I’m a fair weather sports fan at best and can often be heard referring to any sort of ball-centric team activity as “the sportsball,” so really, missing the Superbowl didn’t seem like a big deal. You see, my flight home was pretty much the same duration as the game.

So, when the Eagles got into the Superbowl I was cognizant of the fact that I wouldn’t be able to see the game, but didn’t think much of it.

Enter game day. I got to the airport and made it through security and had a little time to kill. I decided to get a pre-flight glass of wine. There was a bar/restaurant outside my terminal in the Orlando airport…and it was packed! A whole crowd of people were jammed in and people were sitting outside the restaurant so they could watch the TV. I thought that was pretty cool. I got lucky and found a single seat at the bar and ordered my wine. I had a great view of the TV and my husband was texting me periodic updates.

What really hit me was when the Eagles scored for the first time. I was in FL and at a crowded airport (hello, Disney!), so the people around could have been fans of either side. I didn’t even see the Eagles score but I heard the crowd. Turns out the vast majority of the people in that airport restaurant in FL were Eagles fans. People were talking to each other, strangers were laughing together and the usual game of avoiding eye contact was nowhere to be seen. I was pleasantly chatting with folks all around and really enjoying myself.

When it was time to make my way to my gate the scene was pretty similar. Folks who were streaming the game would yell out updates. Strangers chatted with each other. Once on the plane the flight crew made periodic announcements and we touched down just as the Eagles won.

I’ve relayed this story several times and felt that it was so important to share here. People are hard to hate up close. Hundreds of strangers in the Orlando airport, on the flight to Philadelphia and, from what my husband told me, around the Philadelphia airport were reminded of that on Sunday February 4th. I know I sure was and I hope that this experience reminds you of the same.

If you find yourself ignoring, judging, fearing or even dehumanizing a person or a group of people, I hope you’ll think of this story. We all do it. It happens and society encourages us to judge other people. It’s almost automatic, but if you take the time to notice when you fall into that pattern and pause, you give yourself the power to choose differently. You give yourself the power to move in and see for yourself that people are hard to hate up close.