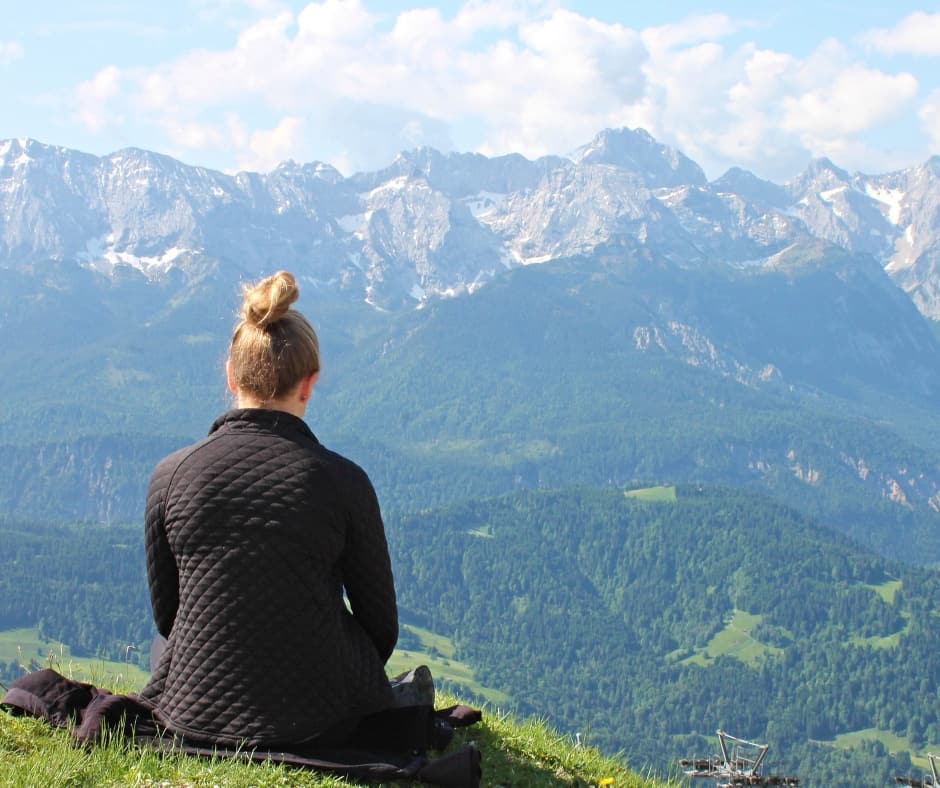 "It helped me realize that the darkness and pain were not solid like I thought. There was a way to bring light in."

I’m someone who used to have a steady stream of mean, threatening and punishing self-talk going on nearly constantly. The voices in my head would tell me that I said something stupid, didn’t follow through on a project, screwed up this or messed up that. I could never jump high enough or far enough to get the voices to leave me alone. According to those voices in my head there was always something wrong with me.

As you might guess, I was miserable. I was so depressed that I fantasized all the time about ways I could get off this planet. But really what I wanted was a stop to the standards I couldn’t meet and the internal beatings that resulted. I just didn’t know it. I thought that was me. It felt like this huge iron wall of misery was closing in on me.

I was lucky enough to have been led to a meditation class just when I was most afraid and at a place where I was most liable to hurt myself. In the meditation class we were focusing on breathing in and breathing out. On one of the in-breaths I had a sensation of “no pain.” It must have been just a second; but for that second it felt like a tiny pinprick of light appeared in the iron wall of despair. That pinprick of light was everything.

It helped me realize that the darkness and pain were not solid like I thought. There was a way to bring light in. From that moment on my life has never been the same. That one pinprick of light led to a lifelong passion of seeking and creating pinpricks of light for myself and others.

But what the heck does that story have to do with you giving yourself a personal retreat? Everything – because whether you are someone who hears voices of shame, disappointment and criticism or not; I’m guessing there is some kind of cacophony of voices in your head, too. For some people it is a running list of to-do’s and obligations. For other people it is a list of all the things they didn’t do, should have done or wished they’d done. For still others it is a constant stream of threats about the future.

The point is, our minds can drive us crazy with their incessant production of thoughts and beliefs. If we don’t intentionally choose to stop and focus our thoughts on the life we want, then it is likely we’ll be dragged around according to its whim; which in my experience never leads to a sense of peace and joy.

I think one of the biggest kindnesses to ourselves begins with the awareness that the voices are not who we are and don’t speak the truth! We don’t have to listen to them.

It is a celebration of who we are to gift ourselves with the time to drop all those unhelpful and unnecessary thoughts and deliberately focus our attention on what we love about ourselves and our lives. It is also a gift to set intentions on how we want to live and who we want to be.

There. Did you feel it? As I wrote that sentence I took a deep breath and I could feel a huge sense of relaxation. I hope you did, too. That is what I want for you!

What is a personal retreat?

When I say “personal retreat” I mean an intentional vacation from the voices in our heads telling us about standards and regrets. Instead we get to luxuriate in however many moments of being present to the life we have.

Obviously traditional forms of meditation, yoga or Tai Chi are one way we can retreat from our mind’s crazy rantings and ravings. For many people a walk in the woods, in a grassy valley or by the water can bring that same sense of peace and calm. For some of us, when we’re driving on a long trip we feel that easing and letting go of all the “should-have’s” or “could-have’s” and a return to what is possible. It could be a bicycle ride along a quiet path, a day at an art museum or taking your sketchpad to a new location. It might be hopping on a bus and just seeing where it takes you.

So, whether it is one minute, ten minutes, an hour, 24 hours or a week; you can intentionally give yourself a retreat.

Why you need a personal retreat:

My suggestion to you is to consider scheduling a full 24-hours that you can dedicate as a personal retreat to relax, let go, celebrate yourself, inspire yourself and set intentions for your life.

Stay tuned. Next month (3/21/18) I am going to share some of my best ideas for how to create a 24-hour personal retreat for yourself. You’re gonna love it!

In the meantime, give yourself one-minute retreats often and with as much self-love as possible.