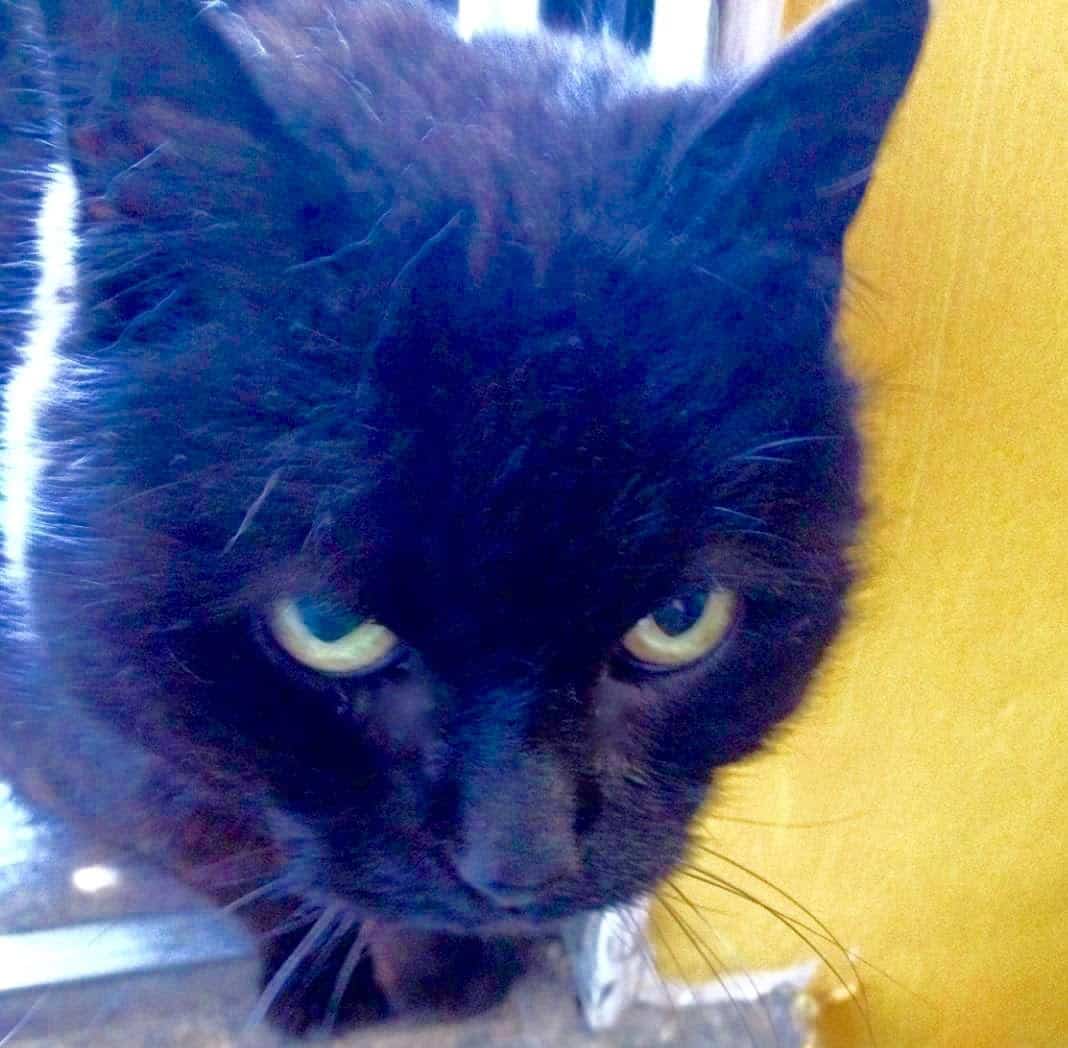 "Most neighbors just saw Delilah as a wild, wandering black cat. But Leslie saw something else."

Yeah, I know my time is comin’ soon . . . did it really go that fast?
My chest feels so heavy. My bones hurt real bad.
But I can’t leave her now. No, not quite yet.
– Blackcat Delilah, remembering her Earth mission with Leslie Murphy

They knew her as Blackcat Delilah.

Delilah patrolled a few square blocks in Bolton Hill, a once-affluent neighborhood of Baltimore, Maryland. In this seaport city some swear they can still feel the spirits of early immigrants, phantom soldiers and Victorian ladies brushing past.

Leslie Murphy had been taking in cats since she was a young girl. Her parents were Cat people. Her son Damon said when he first learned to crawl – he crawled behind a cat.

So, not much of a surprise that when Leslie bought her 1880s historic brownstone in Bolton Hill there was, ummm – a cat attached. The three-story, red-brick row house had belonged to an artist, his wife and four Earth cats – one claiming each level of the old house, including the basement. And then there was Delilah.

What to do about Delilah?

The couple explained that they’d tried to give her a safe, loving home – inside.

But Delilah wasn’t having it.

They decided to at least have her spayed and let her roam free again. The sellers even offered to “remove” Delilah once the house sold.

But Leslie wasn’t having it.

And so, with the mortgage papers signed, Leslie and her three male cats (all fixed, of course) moved in while Delilah became Leslie’s “yard baby.”

Some days Blackcat Delilah would sprawl herself in the flower garden and weave out her dreams – her inky, thick coat shining in the toasty sun. She might hunt a hapless mouse, chase a crazy bug, flirt with a dazzling butterfly. But now and then she’d go strangely on alert, ears stiff and pitched forward as if searching for something that no human could see, hear or touch.

Most neighbors just saw Delilah as a wild, wandering black cat. But Leslie saw something else. “It took some time for me to earn her trust,” Leslie told Blackcat-Whitecat Style’s mews reporter. “She was okay with the daily food and water. But I wasn’t allowed to touch her.”

Over the next few years however, a pat on the head became a full-on petting session with purring (and drooling). But still, Delilah refused to come inside or be held. On the rare occasion that Leslie had managed to coax her into the house, the dark pupils of her yellow eyes would soon swell in panic, and she’d pounce on the screen door, tearing up it with her razor-sharp claws like a caged panther, howling in protest.

Then one day it happened.

“I think after I’d finally accepted who Delilah was – a fiercely independent creature – she began to trust me and we became friends. She even let me pick her up and cuddle sometimes,” Leslie reflects. “All I had to do was call her name and whether she was asleep in the flower bed or visiting a neighbor’s yard, she’d come running.”

On bitter cold winter days Delilah would dash into the kitchen to eat. But as soon as she finished, she was ready to go. One year, during an especially bone-chilling blizzard, Delilah reluctantly accepted Leslie’s temporary outdoor lodging: a cardboard plastic-covered box with a carpeted floor that kept her alive while the biting wind and icy snow whipped around her.

By 2012 two of Leslie’s male cats (both age 18) had “crossed over.” When the last of the three males, Squirtie, passed on Leslie’s first day of retirement she told herself she was done taking in cats, except for Delilah.

But one day Delilah came prancing through the yard with a tiny tortoiseshell kitten at her side! Leslie gushed over this “newest baby” and smiled like a newborn mother herself as she watched cat and kitten eat side-by-side. This daily ritual continued for a few weeks until the kitten, who Leslie named Tipsy (after her blonde-tipped tail), decided she’d had enough of living in the yard and was eager to move into the warm, cozy brownstone.

In the fourteen years that Leslie had spent with Delilah, there was only one night that Leslie kept the Earth cat inside against her will – during 2012’s deadly Hurricane Sandy. The rest of that year Delilah would come in for her feedings, sometimes frolic with Tipsy, but other times she’d rebuff the younger cat’s pleas to play and just turn tail and leave.

Leslie started to notice that Delilah wasn’t eating as much anymore. She was looking bony and moving quite slowly, like an old woman with a knotted cane. One summer afternoon Leslie watched Delilah stroll quietly from the yard and out of sight. “I never saw her again after that. Ohhh, I still miss her!”

Tipsy turns six this year and is Leslie’s main “girl” now. Leslie’s daughter brought her another black cat they dubbed Delilah II (aka Lilah) and she lost one more Earth cat called Sugah in 2015 when he died without warning.

“I think about it and wonder,” Leslie says. “Delilah had never brought home a kitten before Tipsy. And then, she herself disappears that same year.” Leslie pauses. “I think she knew her time was ending. I think Delilah was bringing me her replacement.”