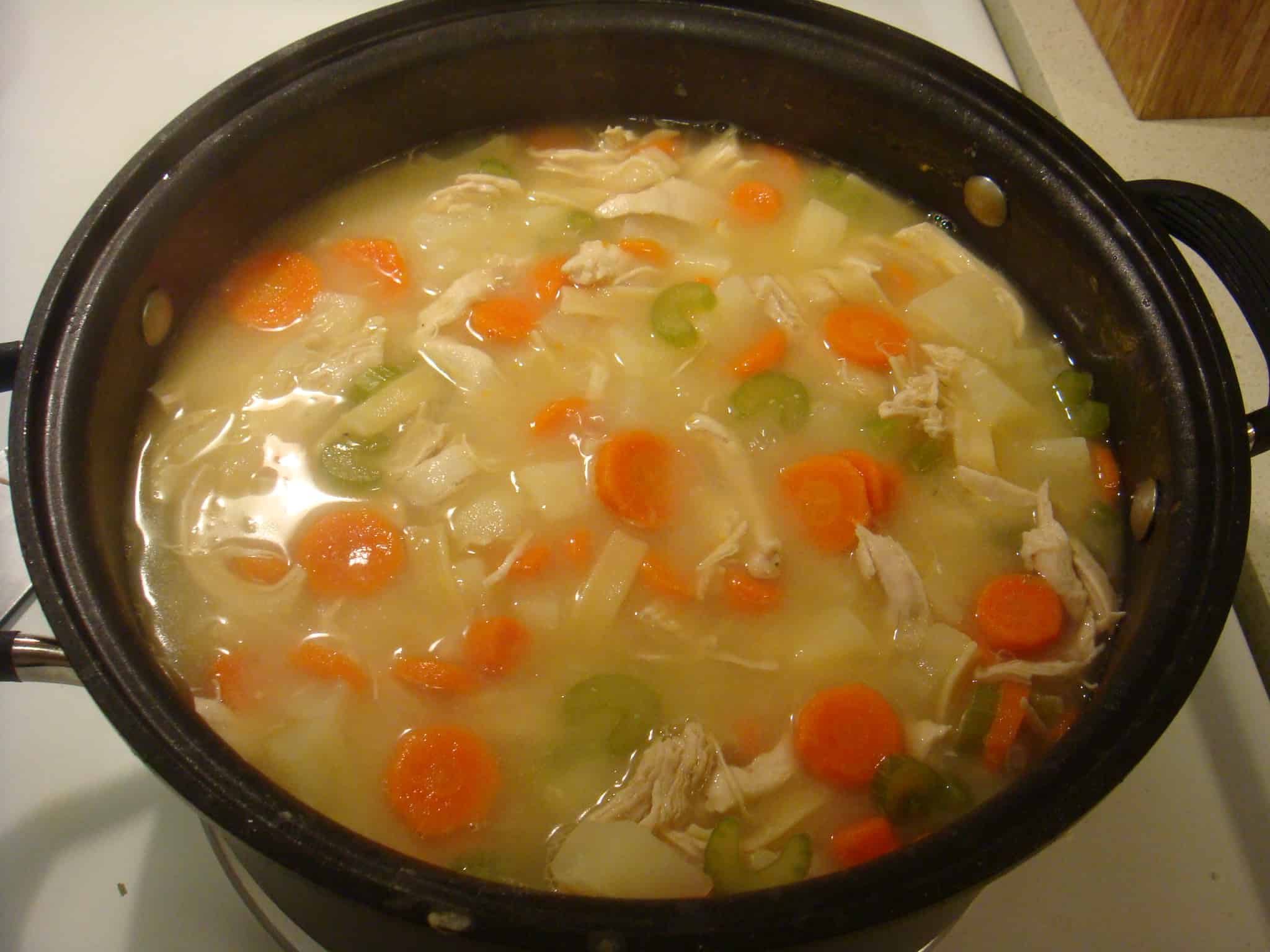 "Just add another cup of water to the soup. "
photo by upload.wikimedia.org

My dad was an interesting guy. His views on the world and the raising of children was generally pretty different from most of my friends’ parents. This may have been because he was older than most of them. Some of my friends thought he was a pretty cool Dad and he was…for the most part.

A lot of the lessons I’ve learned in my life have come via my dad. Some of these were good (ones I still think of to this day) and others were horrible (things I’d never want my young nieces and nephews to know). But I can say that all of his lessons, good or bad, taught me something.

One of the best lessons I learned from my dad was about making room for other people no matter what was going on. When any additional people came to the house – a last-minute guest showing up for dinner or a cousin wanting to spend the night, he’d always say: “We’ll just add another cup of water to the soup.”

Then my older half-sister married a man with children. When we met them Dad was the first to welcome them with open arms. He never referred to them as his step-grandchildren – they were all his grandchildren. While others in our family weren’t so keen on welcoming them into the fold, my dad just told them what he’d always said to the us:  “Just add another cup of water to the soup.”

Over the years I’ve often thought about that phrase and what my dad was really trying to teach us. He’d come from, what they called back in his early years, a ‘broken home.’ After his parents divorced, his mother remarried someone who wasn’t too thrilled with children. Later my dad also got divorced. My sister was little at the time and he lost touch with her for about eight years. I figured that, in his own way, Dad was trying to teach us that people don’t have to be related by blood to be family and children should never be unwanted by anyone.

Trying to practice that lesson isn’t always the easiest thing to do. It’s easier to tell people: “I don’t have any more room,” or “They aren’t my biological niece and nephew.” But then I think of my dad and what he would say. I smile and tell them: “I’ll add another cup of water to the soup.”