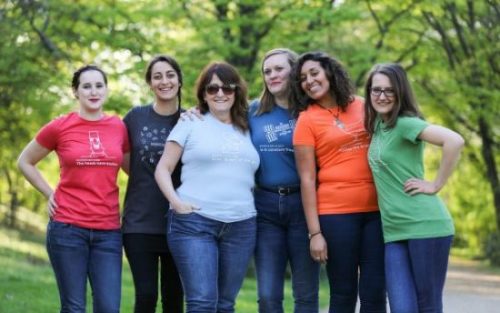 The water filter works similarly to a coffee filter but kills bacteria and can be used anywhere in the world to make safe drinking water.

In 2016, to bring this technology to the world, Teri and her business partner Jonathan Levine launched a benefit corporation – a type of for-profit corporate entity that includes positive impact on society, workers, the community and the environment in addition to profit as its legally defined goals.

The filter paper is basically designed to be quite similar to how a coffee filter would work, except without coffee obviously. Pour your water into the funnel holding the filter and let it drain. That creates safe water.

It costs only a few cents to make the paper and we’re selling it at the retail price of $0.50 per filter. So it’s very affordable,

I saw that the invention worked in the lab but I wasn’t really sure if people actually wanted it. So, I went around places like South Africa, Ghana, Bangladesh andHonduras where I talked to people and showed them prototypes of the filter paper. They were people who lacked access to a safe and reliable water source.

A lot of people were very interested in the idea and asked questions like “Why can’t I buy this today? I don’t understand, you’re showing me this great new product, I want to buy it.” I heard that again and again and I was like “Well, maybe this has some legs to it, maybe it can go somewhere.”

We started a non-profit for a couple of years before we started the company because we thought that that was what we were supposed to do. Our lawyer set us in the right path of going to a social enterprise [Benefit Corporation].

I’m interested more in having something go out into the real world and making something that helps others. With doing research, even though research obviously can lead to technologies and inventions to help others, I felt like I was too far away from the end consumer.

I think the best advice I can give to someone with an idea is to go and try it. Even if it’s not going to be perfect at first, that doesn’t really matter. You’re going to learn something about what you’re trying to do and you can make it better from what you learn.