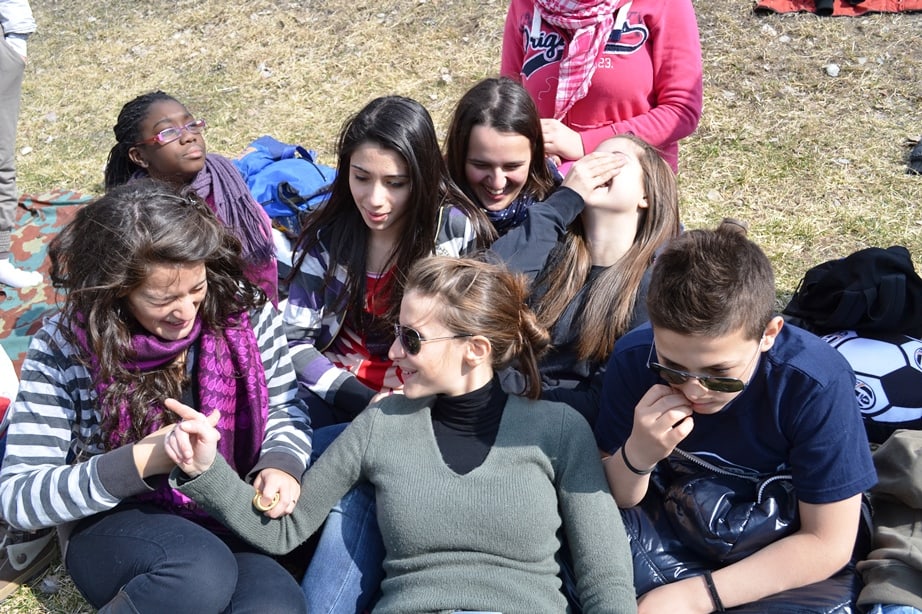 "Even when they were interacting with their friends her children sounded critical and mean."
photo by c1.staticflickr.com

A client of mine (let’s call her Joan) had expressed her desire to raise her three children to be kind and compassionate. She felt strongly that in a public arena full of hatred, prejudice and meanness it was vital to teach her kids civility and community.

The drama level in her household was out of control. Sure, siblings often squabble, especially pre-teens, but even when they were interacting with their friends her children sounded critical and mean.

One day Joan found herself on the phone with a neighbor discussing the shabby state of a third neighbor’s yard. In a flash of self-awareness she heard herself in full-on judgment mode – over something that didn’t really matter at all in the big picture. She heard echoes of her daughter’s gossip about some classmates and their lack of fashion sense.

Joan realized that while she was speaking to her kids about kindness, she was modeling criticism and judgment.

Where was this coming from?

We looked deeper and uncovered a hidden belief. Joan’s mother, who came from a very poor background, had married into an upper-middle-class family. She often felt inferior to her in-laws and developed the habit of criticizing superficial things in order to feel better about herself.

Joan and her sisters had adopted this behavior. Joan, who is the youngest of four girls, had her own insecurities. She has a kind heart and a sensitive nature which she learned to mask with perfectionism. When others didn’t meet her high standards she would complain and gossip.

This was the unkind behavior she now saw mirrored in her own kids’ treatment of their peers.

Joan’s hidden underlying belief was that to protect her tender heart and deal with her feelings of unworthiness, she had to lash out at others and focus on where they didn’t measure up.

We all have hidden core beliefs, often learned in childhood, that can sabotage our best intentions.

Sometimes we don’t even see how our actions are at odds with our stated values.

So how do you uncover these invisible beliefs? Start by looking at the areas of your life where you feel blocked, or keep churning your wheels. What values or intentions do you consciously hold about this part of your life? How would you most like things to be?

Now look, as objectively as you can, at the actions you’ve taken (or avoided), how you behave and why your plans have gone awry. Be open to any intuitive messages that might come up. Journaling your thoughts can help. Try to avoid judging yourself harshly for being inconsistent with your intent. Simply observe.

If it helps, you can go deeper. Look to events in your past that might have influenced your core beliefs. Don’t dwell on these revelations with regret. Rather, allow your awareness of them to lead you forward.

Once Joan became aware of what she was doing, and why, she began to work on letting go of her judgmental behavior. Using tools like journaling, mindfulness and affirmations, she gradually changed her belief, and thus her actions.

Over time she saw her own kids become more gentle with one another and with their friends. She also established kinder, more authentic friendships of her own. Even better, she developed a sense of self-worth that allowed her to embrace her passions and do amazing work in her community.

It doesn’t take years to unearth and change your hidden core beliefs. It just takes a willingness to look deep inside and, with kindness, make the shifts that allow you to act from a place of authenticity and love.