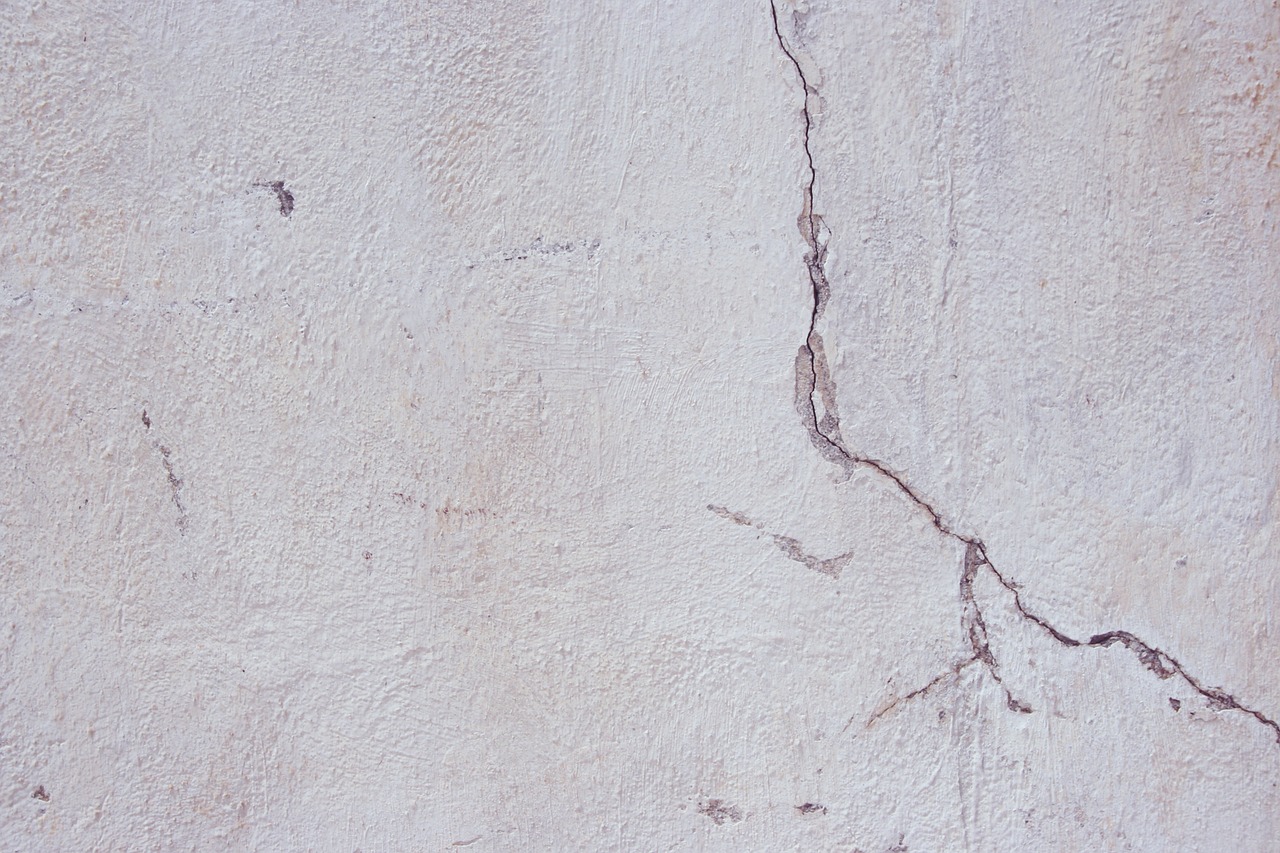 "Up until that morning I hated that crack in the ceiling, but on that day it grounded me."
photo by pixabay.com

I saw that my life was a vast and glowing empty page. She was gone and I was broken apart, flayed wide open, nearly dead from the inside out. I felt heavy and light at the same time. I felt like I was drowning. Every night I would dream of my death. I was in the ocean flailing around gasping for air, choking on the salt water while throwing up over and over. I would wake up with my arms on fire all the way up to my elbows. They burned so badly I would writhe in bed screaming, stretching my fingers as if they would turn into liquid lava at any given moment. I would go to therapy and lament to my “spiritual psychologist” (whom I am fairly certain had a junk degree from some fake school in a third world country and took “cash only”) that my hands and arms were on fire. I thought that meant my soul was burning to the ground. Each and every day I dreamt of my drowning death and felt that I was literally seeing my own death. Surely this heartbreak would kill me. Because clearly Missy, you totally irrational freak, one can die from being set on fire and immersed in water all at the same time.

The crack psychologist told me to visualize a deity holding me up in the water, saving me from the drowning. She wanted me to tell her who it was, describe her or him to her. I wanted to see Gaia or Shakti – some bad-ass goddess of feminist awesomeness that would save me from my broken heart. What I got was God, and not just any God but the old school white God. You know the one, a white guy with a white beard and long white hair in a white robe with a golden braided belt wearing white lace up sandals. And there he was rising out of the ocean like the big spiritual savior he was, cradling me in his arms like a damn baby while I nuzzled into his chest for reassurance trying to catch my breath and hoping he wouldn’t notice me wiping my snotty nose all over his super soft white robe. “Ick” I thought. “What kind of a feminist lesbian am I to visualize GOD saving my broken ass from dying?” I was so pissed. I remember feeling robbed by my own self, unsure of anything, unknowing who I was or how I had gotten here, desperately seeking absolution and reassurance that all was going to be just fine.

I wanted to go back to the days when I was so sure of everything – my marriage to her, my house, my fancy lobbyist job. Sure. Sure that everyday I would come home to this perfect life that everyone was jealous of. We were textbook lesbians complete with the Harley, the Prius, the truck, the camper, the bungalow in the gayborhood, the designer dogs and the cat, the turkey baster and the sperm donated by the homos down the street. I was sure – sure we were perfect, sure we were in love forever, sure that our life would be always as it was. Then she left 5 hours after I got inseminated (professionally this time) and I was sure that I was going to die of a broken heart.

And I did try to die, a lot. But I couldn’t do it. That wasn’t what would release me from my agony. The dreams of drowning and the burning went on for weeks and weeks. I thought it would never end. I developed a plan to not sleep. I talked to Jennifer from 6-8, Heather from 8-10, Brenda from 10-11 and Kim from 11-3 (thank god she worked the night shift).

And then one night the dream didn’t come. I didn’t drown. I didn’t die like I had all those nights before.

I remember barely opening my eyes, feeling around for my cat and my dogs, desperately seeking the warm reassurance of their bodies where once my true love had laid. I rolled over and pulled my covers up to snuggle down in just a little while more. And then I realized that my hands weren’t burning and it shocked me awake. I sat straight up. I shook them to make sure they were still there. Then I lay back down with a smile on my face as big and cheesy as the one I used to get reading sexy novels as a teenager. I laid there and realized that my old friend terror wasn’t there with me that morning. I didn’t feel afraid. I didn’t feel like I was going to die.

I looked up at my ceiling at the crack I used to stare at every morning. Up until that morning I hated that crack in the ceiling, but on that day it grounded me. I started daydreaming about my life. I smiled and realized I had an entire blank slate in front of me. The world is my oyster. I am not tied down here. There is nothing and no one keeping me here. I can go anywhere and do anything I want. I can get my PhD. I can move to Los Angeles. No one can stop me from doing everything that I want to do.

I can still see that crack in my ceiling as clear as day. At that moment I realized I was well and truly free of the burden of her, of the remnants of her loathsome hatred of my presence in her life. I was free to become whoever I wanted to become. I was the Phoenix and it was time for me to rise. I had indeed burned to the ground. I had indeed died. And in that death I was given the greatest gift she had ever given me, the freedom to become myself. I told her that once. “Thank you for leaving me. It is the only true gift you have ever given me.” Freedom.