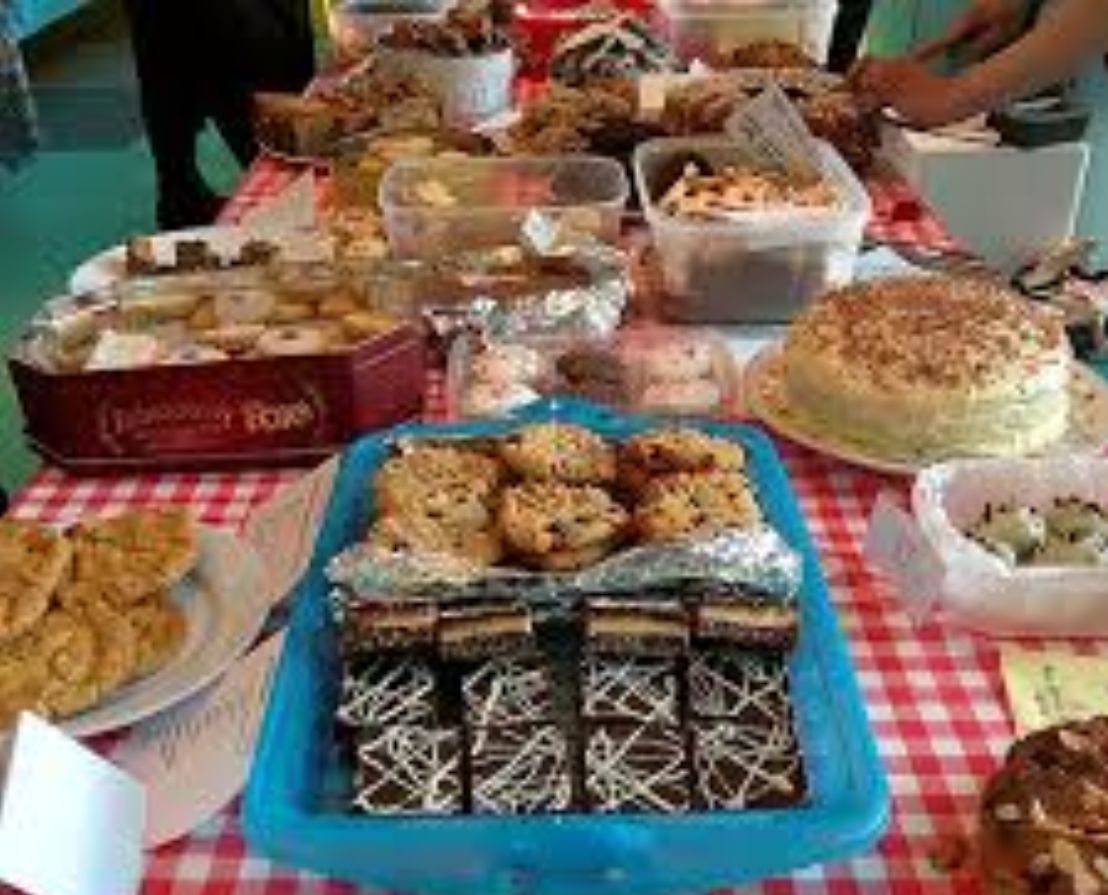 "Sophie asked her mom (Nancy) if she could have a bake sale and refreshment stand to raise money for Aunt Linda instead of for the laptop."
photo by c1.staticflickr.com

In a world where we hear about the younger generation being too self-involved, I have a story to share. My younger cousin Sophie is one of those rare, remarkable teenagers who thinks about other people almost more than she does herself. She’s compassionate and tries to make the world a better place one selfless act at a time. A few years ago she helped teach me a lesson about how one person can make a difference with little more than some baked goods and a kind heart.

A man from Winner, South Dakota was diagnosed with a life-threatening disease and had to spend months getting treatment. During this time, the community held a fundraiser to help his family pay the mounting bills. My cousin was about six at the time and overheard her mom talking about the fundraiser. Sophie wanted to help, too, and asked her mom if she could send him some of her money. She made a card and put $3.00 in it. A couple weeks later she received a beautiful, heartfelt letter from the man telling her how touched he was by her kindness.

Fast-forward four years and my cousin was looking forward to having a lemonade stand at a rummage sale to make some money for a laptop she wanted. Just a few days before the sale, my mom (her great aunt Linda) had a massive stroke and had to go into rehab. Sophie asked her mom (Nancy) if she could have a bake sale and refreshment stand to raise money for Aunt Linda instead of for the laptop.

Sophie made all kinds of goodies and made signs for “Aunt Linda’s Fund.” On the day of the sale she got up early to get everything ready. Her sister Adrienne helped as well. They were thrilled when, at the end of the day, they had made $88.50. The girls were shocked at how much money they made and quite excited to present the cash to my mom on her birthday.

Nancy knew that although $88.50 is a lot for a few baked goods, it wasn’t a huge amount. It was little more than a drop in the bucket compared to the mounting bills coming in and all the equipment my mom was going to need when she made it back. Still, my cousin figured it would help a little. Maybe the couple of dollars could help her aunt out with a few meals. Little did she know!

My sister Chandra decided to use the money raised from the bake sale as a down payment for a lift chair – something the rehab staff said our mom would need to return home. Chandra went to a rummage sale where there was a lift chair for sale. The chair was very gently used and priced at to $200. When she spoke to the sellers and explained the story, they sold it to her for a mere $75. Yes, $75! The girls’ hard-earned, ‘drop in the bucket’ amount of money bought their Aunt Linda a lift chair!

Later when I asked my sister why someone would sell a chair for $125 less than the original asking price, she let me know the whole story. The man who sold the chair to her so cheaply was the same man Sophie sent her $3.00 to four years earlier!