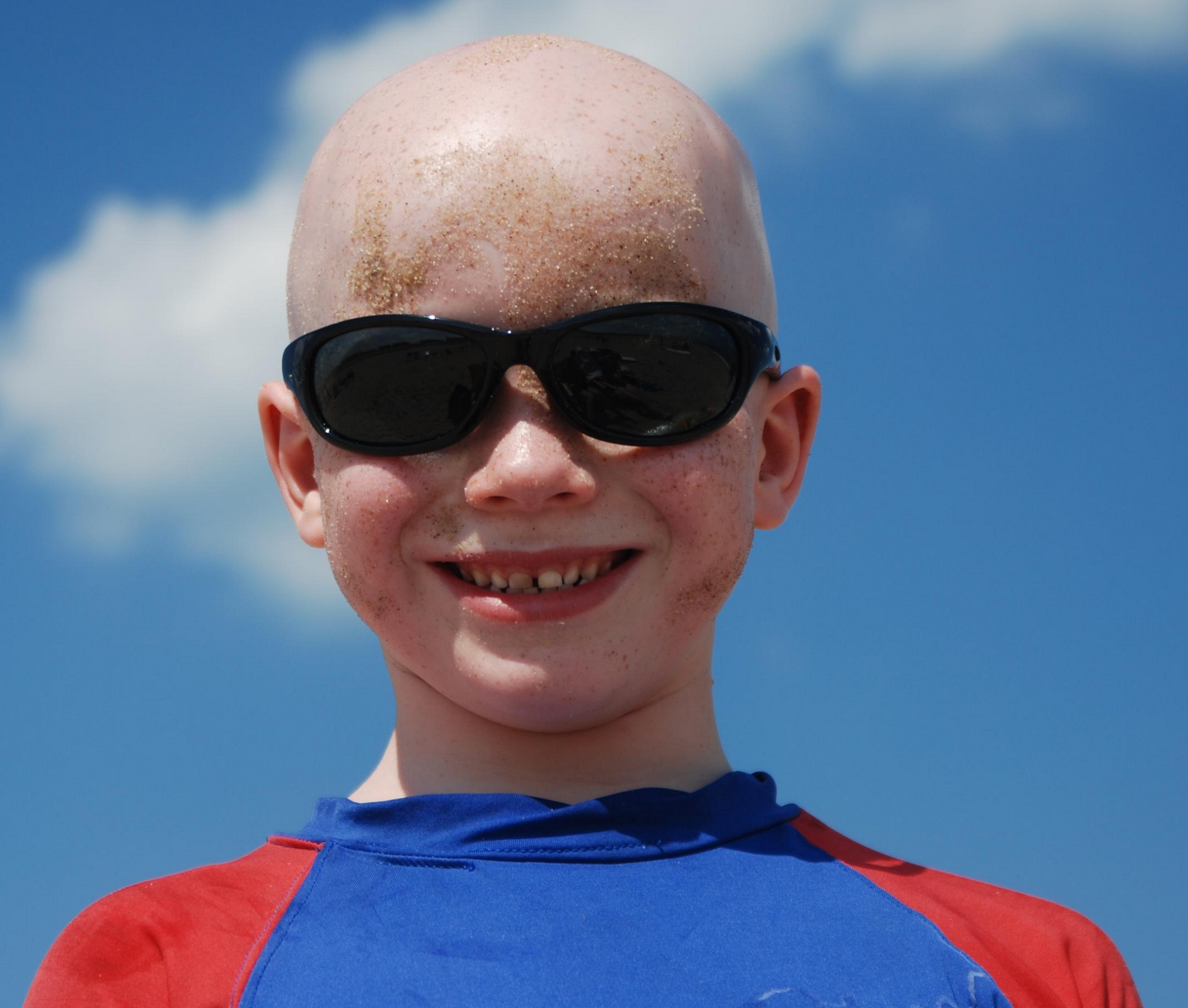 "As a result of experiencing so much kindness, even from strangers, Ian grew up to expect the best of people."

I’d only met my new foster dog the day before and now she was giving birth to puppies in my mudroom. This was my first solo whelping (first time I mid-wifed the birth of puppies on my own) and the first litter for a dog who was still a puppy herself. As each puppy arrived safely, I breathed a sigh of relief.

When the fourth and last puppy emerged clearly different from the rest, I knew he was special. He didn’t look anything like his brown siblings. He was white with marvelous black patches. My little cow puppy! His eyes were ringed in black like a teenager experimenting with liquid eyeliner. And when I discovered he had six toes on each of his back feet, it seemed to underline his uniqueness. This litter was born at the holidays and I named them after holiday treats. My cow puppy would be Fruitcake.

As the other puppies grew up, Fruitcake grew out – flat as a pancake. And as the others sat up and then began taking their first steps, he watched from the sidelines, pulling himself up to walrus position and straining. Any attempts to stand him up on his feet resulted in him doing the splits – legs splayed out to his sides.

The vet diagnosed Swimmer Puppy Syndrome. For many years (and possibly still), puppies like this were simply euthanized. It seemed the humane thing to do. Their internal organs were strained and pushed sideways as they had to bear the weight of the growing puppy. They were prone to pneumonia from the pressure on their chest and cardiac issues from poor circulation. Beginning solid food could bring an entirely new set of issues and most importantly, they might never walk.

It all sounded impossibly grim, but then I read articles about therapies that had saved swimmer pups. The authors, many of them breeders, were hopeful and enthusiastic and recommended slings, water therapy, hobbles and chutes. Fruitcake would need intensive physical therapy. Immediately other volunteers and foster parents from the rescue (Operation Paws for Homes) stepped forward to help. They became Team Fruitcake. These people showed up and cheered Fruitcake on as he waddled down his chutes or struggled in his hobbles. When he wasn’t in the mood for therapy, they simply cuddled him.

Other people donated yoga mats to give him a tacky surface in his pen so his legs wouldn’t slip out from under him so easily.

My friend, neighbor and vet Chris stopped by to teach me how to put hobbles on Fruitcake that would prevent his legs from slipping sideways. And still others tracked his progress online and cheered from afar.

It wasn’t long before he was sitting and standing without assistance and only three weeks after we started therapy he was waddling around the pen on his yoga mats with no assistance from his hobbles or any humans. At eight weeks you wouldn’t know he’d had any issues unless you noted his out-turned hind feet.

As a result of all this attention Fruitcake grew up to be the happiest, smiliest, friendliest puppy I’ve ever fostered. I can’t help but assume it was all the loving attention he received early on.

When surrounded by encouragement and kindness, not just puppies, but people, thrive. My youngest son, Ian, has alopecia areata, an auto immune disorder that causes his white blood cells to attack his hair follicles. Because of his alopecia, Ian, who is fourteen, has had no hair since he was four years old. When he was little most people assumed he was a cancer patient because of his bald head and lack of eyelashes and eyebrows. Everywhere we went he was treated with exceptional kindness and generosity. The security guard at Hershey park gave him a giant chocolate bar. The attendant at the boardwalk let him and his friends have the bumper car ride to themselves. People smiled at him, assisted him on the monkey bars and remembered his name.

Ian handled his condition much better than I did. As his mom, I feared the worst and was surprised again and again. Rather than being bullied for being different, he was shown love at every turn. As a result of experiencing so much kindness, even from strangers, Ian grew up to expect the best of people. He had no idea why people were so kind to him and could only assume kindness was the norm. He grew up to be a kind, sensitive teen who thinks people are naturally nice.

Years ago I wrote an essay about Ian called “The Consequences of Kindness” and it was published in Chicken Soup for the Soul. With Fruitcake, I’ve once again had a front row seat to witness the consequences of kindness in action, to see what the world looks like to souls who have experienced a wealth of kindness. I’ve watched people go out of their way to help my pup, just as they did for my human pup all those years ago. If only we all could be raised on such kindness – imagine that world!