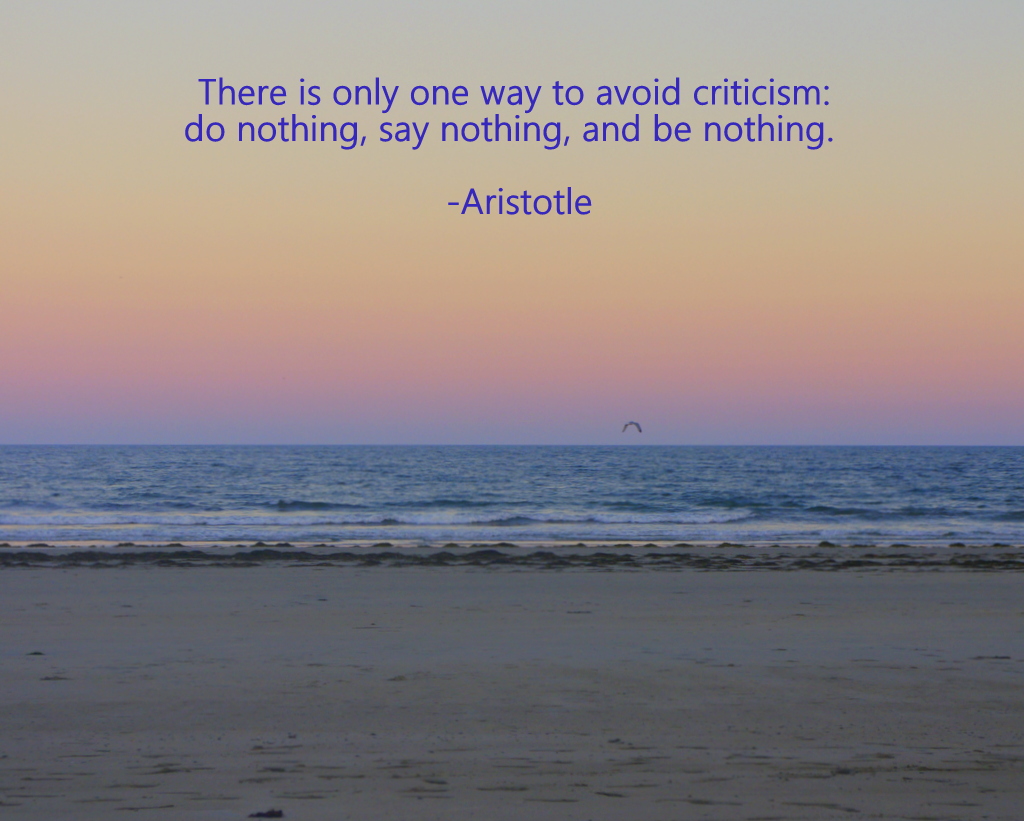 If you really knew me, you’d know that I’ve been struggling to write this post. It’s taken several drafts, many different sittings and I’m still not sure where it’ll end up. You see, struggling to avoid criticism is very deeply ingrained…and it seems like a perfectly good idea. If you can just figure out how to perfect, or at least good enough, quiet enough and agreeable, you won’t be criticized, right? It sounds logical. Surely if you can choose the right words or do the right things, no one could possibly criticize you. It makes so much sense on the surface.

Just under the surface, though, right below that logical voice, is some cleverly disguised fear. Fear of being judged, fear of being not liked, fear of being ostracized. We spend so much time trying to avoid criticism that we lose ourselves. We lose that connection to our desires, our truth and our voice.

So let’s not do that. Let’s not lose ourselves by choosing fear. Let’s acknowledge that it feels scary, and choose love by using our voices anyway. <—CLICK to Tweet

My voice wants you to know how my heart swelled with pride all weekend as I watched so many people I love come together with millions of strangers to use their voice. My heart also hurts a little that I wasn’t standing along side them. My voice wants you to know that choosing love means doing things I’ve never done before. Calling elected officials and respectfully sharing my opinion with those who may disagree.