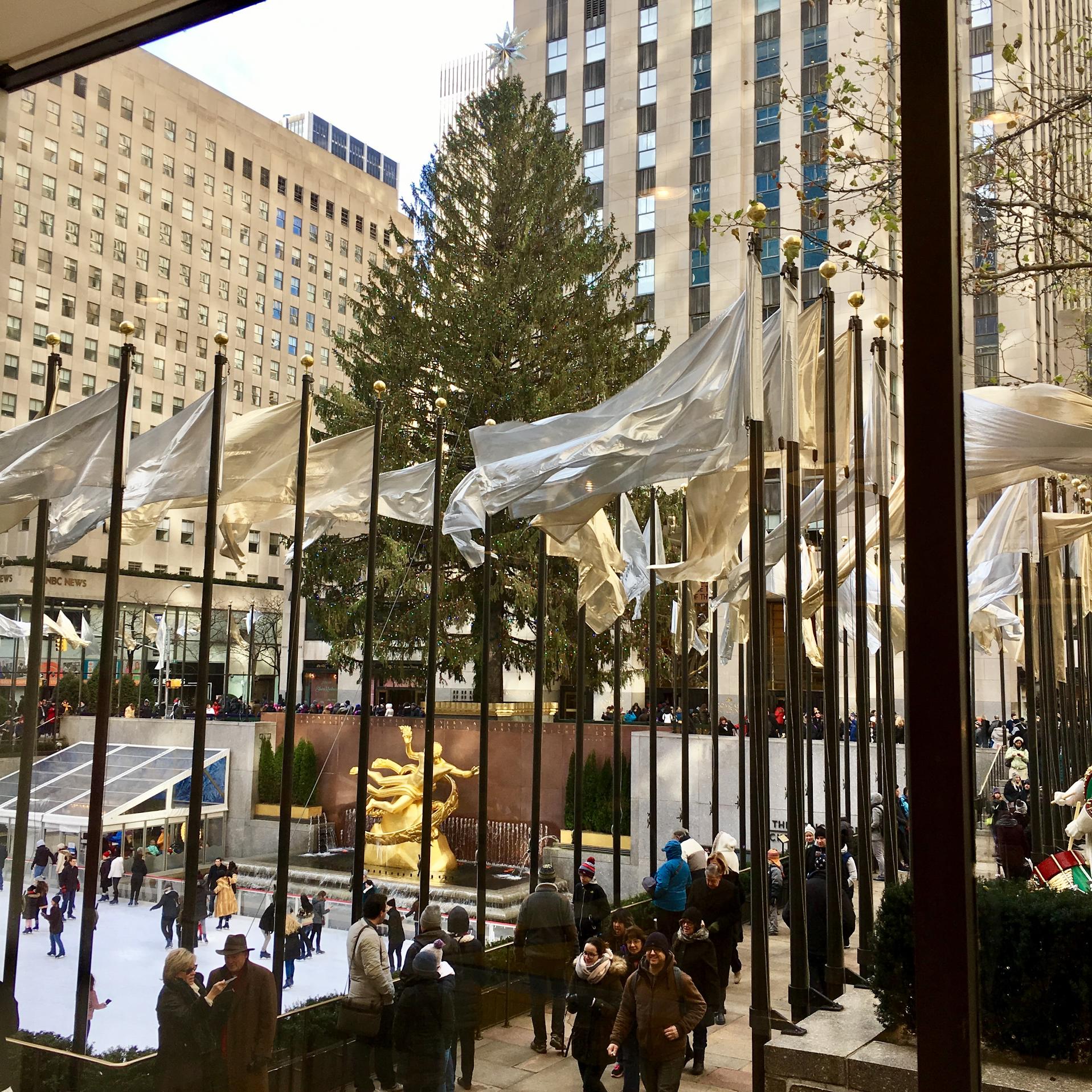 "I found kindness behind the camera lens on my way to recovering the Spirit of the Season."

I thought I knew what I was getting into when I bought my ticket to New York City in December. I braced myself for the cold. I’m good with cold. I’m Canadian after all. I wasn’t so sure how I’d do with the stressed out, rude, down-in-the-mouth New Yorkers I was warned I would be spending my days with though. We Canadians take our politeness VERY seriously. We practice kindness as a national policy; it is a veritable constitutional conviction. The lines, the crowds, the jostling and the pushing, the every-shopper-for-herself attitude were all things I was warned about. I braced myself for that, too – elbows pointed out from my sides ready to fight for my few inches of safe space on the mean streets.

The cold? It came. We managed to find shelter in pop-up Christmas markets in Union Square and Grand Central. When it got really brutal, I got resourceful…I had bulky infinity scarves, and mulled cider, oh and there were also wine bars with views of the street. There may have also been some cashmere involved (why didn’t anybody tell me it is the warmest thing on the planet?) I didn’t have goals in mind for my days in New York except to be in New York. I’m a writer who savors, gleans and absorbs the surroundings and I was there for that. But I have to admit – the Christmas spirit had been evading me this season and (confession time) I was darned well going to find it if 5th Avenue was where it was hiding.

Turns out, it was.

But I’m not just talking just about the Saks Fifth Avenue windows which were magical, beautiful, spectacular events, each and every one of them. It wasn’t the massive, colorful, almost likable Christmas candy-themed garlands that wrapped around the Saks famous brass doors. It wasn’t the carols, the dancing Salvation Army volunteers or the displays of ornaments that every street vendor had added to their carts for these weeks. It wasn’t even the massive tree in Rockefeller Square or the hoots of kids on the skating rink, but those were all Christmas treats for my heart.

I found kindness, that nebulous essence of the so-called Christmas Spirit, behind the camera lens.

It was happening all around me, all the time. Strangers were offering to take photos of each other. I waited while two European tourists pressed the buttons on iPhones of a couple of New York teenagers. No one walked in the way of the photo being captured. Literally thirty walkers waited so those two sweet girls would have their photo. I wondered if they saw the kindness in the act and would they bother to mention that in their social media post. (I also wondered if they were skipping school and how this would work out when their parents saw the pics!) I smiled to myself as one young couple, sitting at an outdoor café beside another beaming couple who were trying to get a good photo of themselves together with the New York skyline backdrop, offered to take their photo. The two couples passed phones and later emails back and forth between them until they had the memories recorded that they couldn’t leave New York without.

Kindness behind the camera lens was memory building for every smiling visitor but it was also strengthening the connection between humans. This is another common denominator, another feature of humans that we fail to celebrate…we really are much kinder than we give ourselves or one another credit for. We all understand the desire to record the moment, to witness our experience, to have something to look back on. To savor. To celebrate. To love.

As a bystander it sweetened my experience. I found myself drawing in my elbows and mentally counting the number of times I saw this photo swapping generosity happening. But then it started to happen to me. It happened so much that I started offering to do it for other people. I was so surprised to find that a 30-something woman was waiting behind my jiggling phone as we tried to get a selfie in front of the massive musical soldiers that surround the Rockefeller plaza. “Let me take that for you,” she offered. She had waited just to take this photo for me – on a frigid weekday in the blistering wind of downtown New York City.

There was the timid, polite gal from Tennessee who asked me, apologizing for the inconvenience multiple times, to take a photo of her and her mother and aunties who stood arms linked, in matching Santa sweaters, under the constellations in Grand Central. “Of course,” I said. “Do you want to take your coats off and pose by the stairs?” I offered. Her mouth hung open at my offer. “I’m quite serious,” I added. They were so touched. I thought nothing of it. New York kindness had rubbed off on even this painfully nice Canadian, had made me even more generous, and isn’t that what the Spirit of Kindness really has the capability of doing? Kindness is contagious. Kindness is within all of us. It is the unspoken language of human connection.

I don’t think anyone ever refuses to take a photo of someone with their camera or phone. It’s like an unwritten rule that we all understand. If that is true, and I’m certain it is, then I know I found kindness behind the camera lens on my way to recovering the Spirit of the Season in the generosity of passersby on the streets of New York. I found kindness behind the lens of a camera, and in front of it, too! 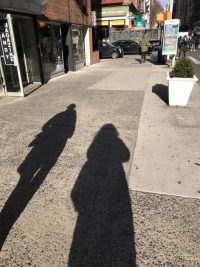 Want to feel the effect of some generosity? Offer to take a photo for someone and let me know how it turns out.