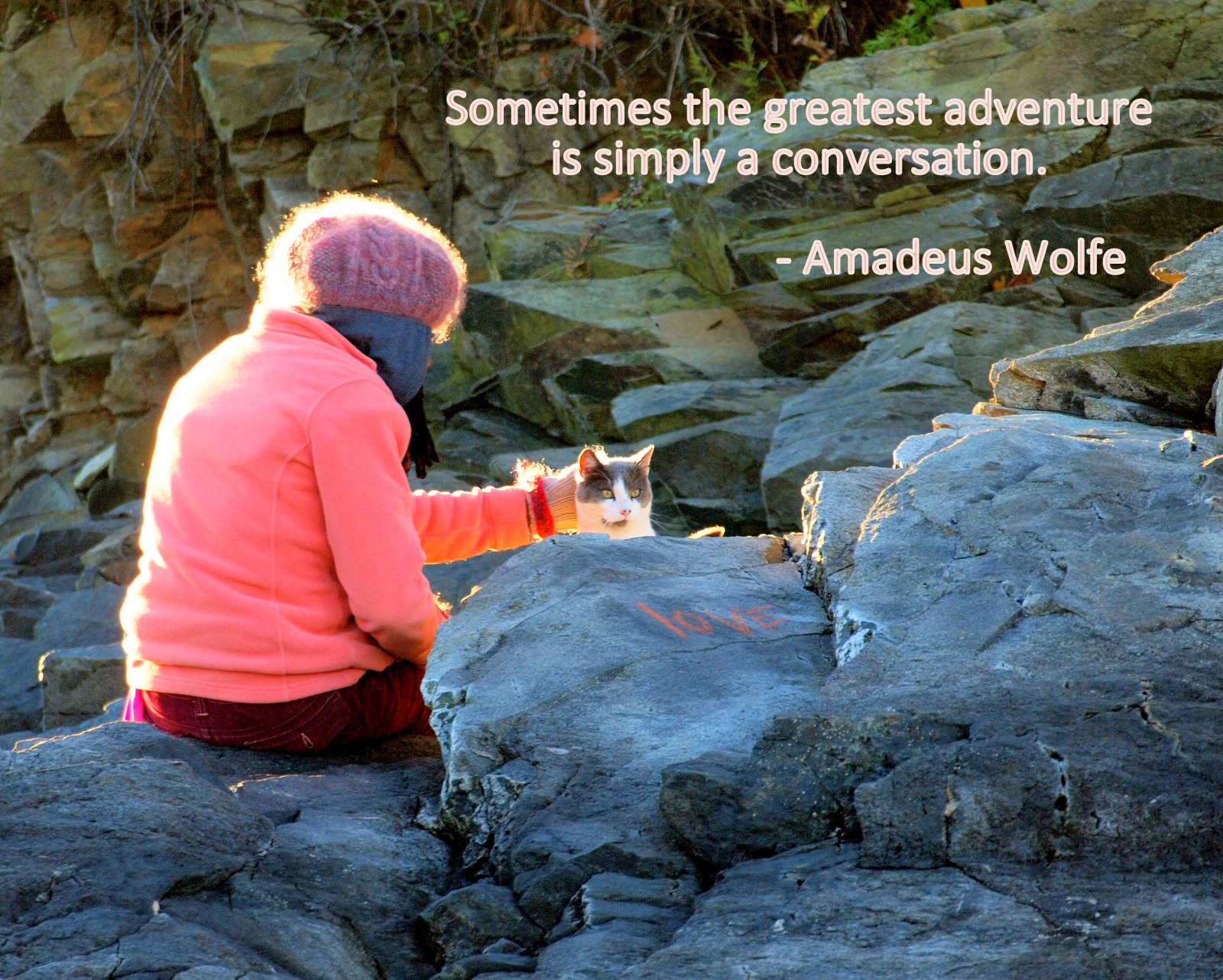 When I was a teenager, I would be on the phone until all hours of the night (and early morning!) having those dramatic teenage conversations. As much as I look back at them and sometimes cringe, I also have a sense of whimsy about them. For as much as they were filled with teen drama, to the best of my adolescent ability, they were real and they connected me to my closest friends.

Today, there are endless ways to have a conversation. You can text, Facebook message, Tweet, Snap or email. When was the last time you used the phone app on your pocket computer and heard someone’s voice? When was the last time you had a real conversation? I’m not talking about exchanging pleasantries with coworkers or commenting on the weather. I’m talking about the kind of conversation that feels like an adventure…the kind that fills your soul and makes you think.

Conversations connect us <—CLICK to Tweet and human beings are hard wired for connection. We also deeply fear being alone, which can explain our reluctance to having those thought-provoking, vulnerable conversations. What if the other person disagrees? That’s risky territory. Not everyone in your life has earned the right to those conversations, but if you’re lucky, you’ve got a select few who have.

So, grab your pocket computer and pull up the telephone app. Call one of the folks who has earned the right to have a real, vulnerable, adventurous conversation with you. Invite that person to coffee, tea, wine or a meal. Start an adventure. Have a conversation and remember how good it feels to connect.