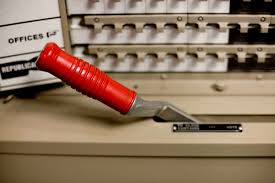 "Many of us are quite caught up in this divisive and controversial election where history will be made regardless of who wins."
photo by upload.wikimedia.org

As I write this, here in the United States we’ve just witnessed the first in a series of debates with the two candidates for the presidency. It was, of course, all over the media, and even took over social media and the small talk in local businesses. Many of us are quite caught up in this divisive and controversial election where history will be made regardless of who wins. We might have our first woman president or this country could be led by a businessman with no previous political experience whatsoever.

Many people are disheartened by the candidates and the lack of choice we seem to have. We lament that there is nothing we can do, that our country is traveling to hell in the proverbial hand-basket. In feeling like victims of society and the “old boy” network that is the political system, we are needlessly giving away our power.

The thing is, our own personal experience is political, and has a profound effect on the collective consciousness. By getting in a negative mind space around politics (and believe me, I understand that there’s plenty to feel discouraged about) we are buying into the system. We’re stuck in that same old, same old – complaining about all the things we don’t like, blaming others for the problems and losing hope that positive change will ever happen.

Even if we do our best not to fall into this trap, we might be perpetuating “the system” in our most intimate settings. Think about how you’ve been conditioned to experience your daily life. Do you look for problems more often than you give thanks for your blessings? Do you talk trash to yourself in your own mind like Donald Trump does to, well, everyone? Are you bound by an old view of making a living that doesn’t have much to do with your true values and visions, like Hillary Clinton? How do you treat other people, particularly those whose beliefs might not line up with yours?

Where in your life do you place blame and abdicate responsibility?

We have all been brainwashed by the patriarchy to one extent or another. We might follow its tenets even when we’re unaware of it. We might angrily rebel against it, yet through our very outrage we perpetuate feelings of separation and judgment.

Everything is connected. All of it.

The ways we behave in our own lives affect the collective consciousness. We are not less (or more) important than those who hold the reins of power and money here on the physical plane. In the cosmic picture we are all equal. We are all eternal souls, co-creating the reality that we share.

Change doesn’t come from within the system, or not entirely. It’s the grassroots changes, the small decisions we make every day, that are most effective. You know, the ones like choosing the local farm stand over the big discount market. Not taking that promotion because it would mean too much time away from your family. Reaching out to those in your community who are suffering and offering to help – even if their culture or skin color is different from yours. Starting a conversation with a new neighbor. Meditating as you start your day instead of turning on the network news. Planting trees and recycling your trash.

The microcosm and the macrocosm are intimately connected. The things you wish to create in the world aren’t blocked from you – they are yours to embrace. It’s not just the big steps that count. When all of us take small steps toward a more conscious, kinder, more compassionate world, that’s how we move forward.

Voting in a particular election, while I think it’s important, won’t really create dramatic change one way or another. The way you treat yourself and others, the values you embrace and live, the way you show up for the things you stand for, the degree to which you embrace your life’s purpose – these are the inspired actions that contribute to meaningful change.

Don’t fall into despair over the hype of the media about the election, or terrorism or the other crises of the moment. Commit to making change on your own terms, based on the values you wish to embrace. Together we are a powerful force for change. When the next debate comes around, watch if you want to. Turn it off if you feel like it. Either way, give equal time to your own game-changing approach to daily life.