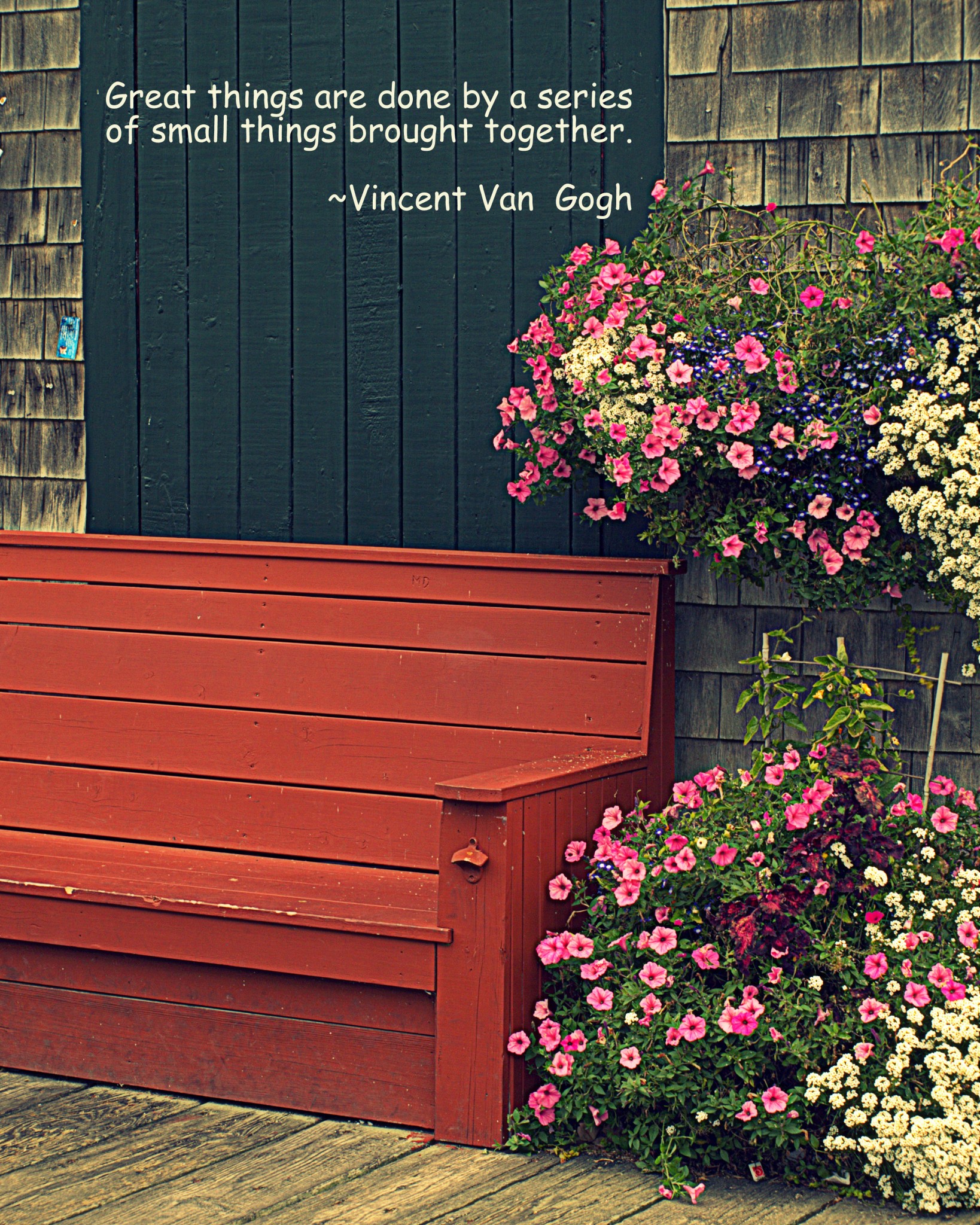 Anyone who has ever done the Couch to 5K program can attest to the power of taking small steps.  Vincent Van Gogh knew it, too.  Did you really think he just sat down and painted The Starry Night all at once?  It seems almost ridiculous to consider that.  Van Gogh is immensely talented, and we can clearly see that there’s no way he would have created any of his great works in 1 big step.  Yet, we have no problem expecting that of ourselves.  We cut everyone else more slack than we cut ourselves.  We have higher expectations of ourselves than of anyone else.

How many times have you thought, “I know the problem, so I’ll just fix it”…and then felt badly because it wasn’t that easy?  I bet Van Gogh had a picture of The Starry Night in his head…and he also knew there was no way he could just sit down and paint it.

We live in a world of Before & After pictures where everything from weight loss to house flipping is made to look easy, and no matter how smart and rational you are, those images make an impact.  You start thinking that it should be that easy…and everyone else seems to have found some secret sauce.

There is no secret sauce.  Well, that’s not entirely true.  More accurately, there’s no 1 ingredient secret sauce.  Just as Van Gogh didn’t sit down and paint The Starry Night in 1 big step, you’re not going to change anything in 1 big step.  The secret sauce is the series of small steps.