Post by Taralee Hurff for the Kind Kindred series. 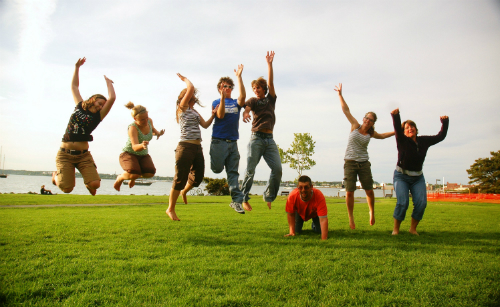 My Nannie and Pop-Pop are celebrating 68 years of marriage this month. Yes, you read that correctly 68 years!!! Can you imagine all they have witnessed and been a part of over 6 decades? They have experienced peace and they have experienced war. They have watched the advancement of technology from black and white television straight through to phones worn on your wrist. Things that were just outlandish dreams as they were growing up have become our reality and beyond. 68 years, on a personal level for them, turned their family of 5 children into a family that is currently at the capacity of 40 strong! This tribe of theirs includes 9 grandchildren and (so far) 16 great grandchildren. Together in marriage they have loved, endured, persevered and grown.

To celebrate and honor their life together and the family they created we had a Family Reunion/Anniversary Party. Nannie and Pop-Pop had been asking for this to happen for quite some time. They wanted to have their entire family in one place. After all, there were family members who have never met – grandchildren who didn’t know their extended family but had heard about them and all the fun we used to have together. You see, until this party we have not all been together in 10 years. An entire decade of their marriage spent without having their family together. The reason…it does not matter. I mean that, it does not matter what our family went through or why it happened. What does matter is that 40 people came together, leaving the past in the past, as a family once again.

The commitment from each person was to:

Our party was a success because each and every person made these commitments, whether consciously or subconsciously.

Joyous laughter filled the room all day. Conversations were happening in every corner. There were games and there was some dancing. We even had the Pope re-marry Nannie and Pop-Pop and there may have even been a few clowns in the bridal party. (I know you want to know more about this, but it is going down as a family secret…ha ha ha ha.) We had FUN! If a stranger had walked in off the street that day, they would never have known we were ever anything but a big, happy, goofy family. It was like I remembered.

Nannie and Pop-Pop felt abundant love as they got their wish of having everyone together again. Their longevity in marriage reunited a family. The “showing up” by the rest of us is what made the day a tremendous success.