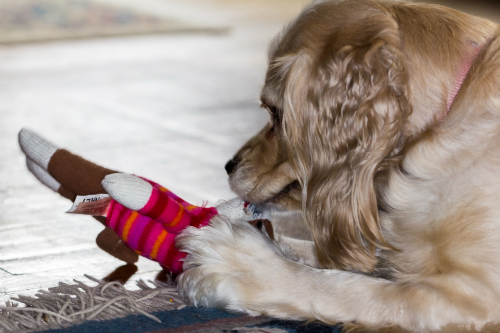 I have severe anxiety which is often paired with an epic batch of hypochondria. (Oh, yeah…that’s how to start a comedy piece!) It’s something that has plagued me for a while and something I’m trying to get under control. However, recently it has been a bit of a butthead, taking control of my thoughts even when I try to combat it with daydreams of making out with Chris Pratt. I tell you this because it’s very real and there is a stigma around mental struggles. Stop being afraid to talk about it. It’s important to be open but also good to be able to joke about it.There are tons of articles out there about how to deal with anxiety. Some of them are great, but let’s be honest – some of them are garbage. One of them said to put green nail polish on my iPhone. Yeah, I’m not doing that. I understand resale values!

There also seem to be significantly less articles about how to handle hypochondria. Yet the common thread is the identification of triggers – the thing that sets your brain into a downward spiral, much resembling that boat scene in Willy Wonka & The Chocolate Factory. Mine are extremely varied but there are certain things that definitely start me into a bit of a tizzy.

That being said, I’d like to propose some products I think my fellow anxiety ridden hypochondriacs would appreciate.

1. A remote that skips over any medical show. Ugh, medical shows – the bane of my existence. I was banned from watching House after I watched an episode about a boy who contracted a virus in the womb and it didn’t surface until he was in his 20s. Of course it started with a headache. For a week I was convinced I had this illness that I am not even sure is a real thing. Regardless, I now attempt to avoid all medical dramas. Although I guess if I continued to watch House, at least I could have been ensured it wasn’t Lupus.

2. Emergency chocolate dispenser. Now, psychologists say you should not eat your feelings. I’m not sure that those people have ever eaten chocolate. It makes everything better. Honestly, I’ve eaten enough to consider myself an expert. You’d push a button, similar to that life alert thing (“Help! I’ve fallen and I can’t get up”) and it would arrive in your house. There’d have to be a magic tube or something…I don’t know. Elon Musk could figure it out.

3. A puppy hugging service. Nervous? Dial 911 and be directed to the animal cuteness team. They will send out an adorable huggable puppy. Allergic? Don’t worry, there are hypoallergenic dogs! Seriously. There is nothing bad about this idea.

4. A computer that slaps you in the face when you attempt to look at WebMD. I love how we live in an era that we all believe that we’re doctors because we understand how to use Google. If I text my ACTUAL doctor friend with another self diagnosis, I think he’s going to get my cell phone turned off. Also, why is everything pancreatic cancer? Really WebMD? Thanks for nothing.

5. Punching bags of idiot public figures (ex. Donald Trump, Kanye West, Mike
Huckabee). I’m going to be honest – I didn’t do research to find out if this actually exists. It probably does on Etsy somewhere. Still, I feel that if this is a product, it should be covered by insurance.

So if you’re reading this with a headache and have convinced yourself you have something terrible (like I am while writing it), know you’re not alone. Know that your feelings are valid. Keep talking to people, keep going and stay strong. Hopefully soon puppies will arrive at your door.