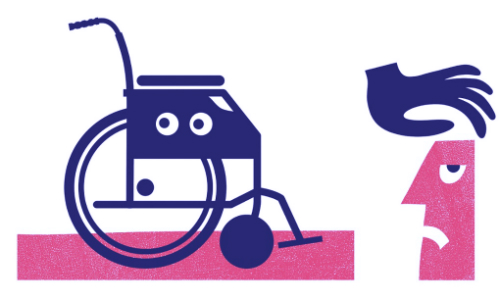 This month marks the 25th anniversary of the Americans with Disabilities Act (ADA). I know. It’s a little depressing. A piece of legislative history is younger than you. Sorry to make you feel old. Nonetheless, the Act was designed to be an extension of the Civil Rights Act, preventing discrimination against people with disabilities. It also added its own spin – requiring businesses to provide reasonable accommodation for employees as well as accessibility requirements for public spaces. Yep. We needed a law for that…moving right along.The law was and still is incredibly important. As I grew up, having this law in place, it has made my life much easier. However, the law is only 25. It has a good upbringing, but it’s still trying to find itself. It probably moved back in with its parents, still drinks a little too much, and has had some regrettable relationships. Over the next few years, the ADA needs to mature and gain the confidence to be the Act it has always wanted to be.

Therefore, I’d like to offer some amendments to the ADA that I feel would assist this incredibly lovely Act in becoming one bad ass law.

Section 12214a. It Wasn’t Funny The First Time Amendment: In regards to your joke, “You better slow down, or you’ll get a ticket,” the courts deem this joke DOA. While wheelchairs move quickly at times, no wheelchair has or ever will get a speeding ticket. If you’re threatened by the quickness to which said wheelchair is traveling, effing move out of the way. For further coverage of this section, see also: “Do you have a license for that thing?” “Don’t run me over; ha ha.” or “That looks fun! I should get one of those!”

Section 12215a. No We Don’t Know Him Amendment: When person A seeing Person B (a person using a wheelchair) and person A thinks, “Oh! I’ve seen someone else in a different place using one of those, I wonder if she knows him.” The courts have deemed this epic stupidity. After much research, the findings of an underground connection of every wheelchair user were deemed inconclusive. So, assume that he or she does not know the person you of which you are thinking.

Section 12217a. Patting on the head Amendment. Stop. While the courts understand that most wheelchair users are of a smaller stature than the norm, it does not explain the desire to follow through with this action. However, if this is carried out, said wheelchair user is allowed to pat your penis, since it’s an abnormally small size.