Post by Katherine Ellis for the Love for Love series. 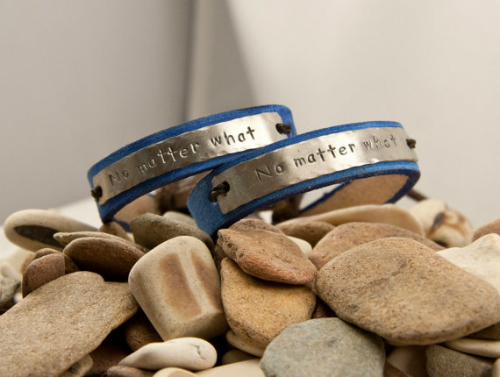 At a new school, I jumped when the blondest girl in my class asked me on a double date. It was going to be her boyfriend, his friend, and us. We would hang out at the friend’s house, with no supervision. No parents, no rules, and hopefully some alcohol and at least a little pot. This was before pot stores made their way around town, and pot was hard to get.

Danielle lit up: “You’re really going to like him.”

My mom would never go for it. Neither would my dad, but my mom always got the final word. I had to come up with something to make her say yes. I was professional at it. Being an actor at a young age, maybe even before, I could get inside people’s heads and understand what makes them tick, and most importantly, how I could get them to do things I wanted.

But my mom was tough, even more so now that I had gotten into trouble the summer before I started the new school.

The new school… that was the angle.

“All the other kids are kind of cliquey, but Danielle is super nice, down to Earth. We want to go to the movies…”

I took a deep breath… play it cool, keep it together…

I smiled. I had learned the power of a smile by the time I was five. Adults look at you with worry, concern, or anger, about to snap? You just smile and wait.

“I just want her to think I’m cool, Mom. You know what you taught me about first impressions… “

Compliment something your mother has taught you, acknowledge her wisdom, and you are on your way!

She shifted her weight, her voice went up. It was do or die.

“Who’s going to pay for that?”

“I thought you would?”

If you know you’re wrong, always end the question on an upward turn.

You’ve gotta stretch it out. Every two year old knows that.

They picked us up on the corner, three blocks from my parents’ house. It was dark, a street lamp casting a soft glow around the edge of their sedan, but creating no light inside the car. When the door opened, it didn’t illuminate matters — the interior lights were off. It took me a moment to adjust my eyes. The two of them were so big, they were almost huddled in the seats.

We drove down Sunset to the freeway, the 405 heading north.

“Where are we going?”

The one calling me baby was my “date,” though suddenly this wasn’t feeling much like a date. Try as I did to be a bad girl, what I really wanted was to share milkshakes in diners.

Danielle rubbed the back of her boyfriend’s head, and we sailed past the Budweiser factory. The red lights and smoke caught my attention. We drove past it every weekend my mom took us to my grandparents’.

I couldn’t help but feel like we were headed into something much more sinister. How dark, I didn’t know… but I would soon find out. When the garage door went down, there were snake cages everywhere. I wanted to go, but they just handed me more weed and tequila.

Within an hour, the two “couples” separated, and my “date” took me into his bedroom and closed the door. I asked for Danielle, but he said she needed some alone time with her man. I started for the door. He sidestepped me.

Picking me up, he forced me down on the bed.

According to the Center for Family Justice, one out of every six women have been victims of rape or attempted rape in their lifetime.

I’ll tell you why I didn’t. That night, when we went back to my parents’ house, after I had forced a smile on my face and told my mom the movie was great, I asked Danielle if she thought it was weird the guy had asked her boyfriend for a condom.

“Weird? I thought it was moving a little fast, but whatever, girl.”

“Oh no, you must be wrong! He’s a really good guy, and you were so drunk.”

“And stoned… that pot was too strong. I was weak… I couldn’t get him off of me…”

“No, he must have been playing around.”

He was not playing around. He held me down while I thrashed, his hand over my mouth when I started to scream, lifting me up to throw up in a wastebasket beside the bed, and then holding me back down again.

What happened next was the shame rose up, like steam off a pot of boiling water. As I tried to share with her what happened and she dismissed me, I thought somewhere deep down, it must be my fault. I went to tell my mom, but I knew she would be angry with me too. I had, after all, lied and said I was going to the movies. I had drunk and smoked weed… I was at fault…

Even writing this now, over seventeen years later, there is a sliver of shame still there. Is it a mistake to write about this in public? What will people think?

One in six women will nod their heads and say, “So was I… “

A year later I told my boyfriend about it, who ironically, was much, inappropriately older. He blew a gasket, and demanded we go looking for the house. I tried to tell him it was in the hills somewhere in the valley, lost in the mountains of that hazy night, but he wouldn’t listen. We drove out there, in circles.

“I only have her mom’s number.”

It turned out Danielle had run away from home, taken off into the night without so much as a call. What her mom said next made me almost drop the phone.

“I know something happened to you that night. What did he do? I am so sorry. Danielle ran off with him…”

I thanked her and hung up, knowing I was not alone in the truth.

As I’m not alone in those four letters, rape… nor am I of them either. I am a strong, open woman, and I found a way out of that dark terrible night. It was not through revenge, though justice would have been nice. If I could go back, I would.

The way out was in… through forgiveness and love, for myself and for him. I know that man doesn’t necessarily deserve my forgiveness, but I deserve the freedom that only comes through it.

When somebody hurts us, whether it is in violence, war, lies, anger, words… or silence… the only way to peace is in forgiveness. I forgive the young girl I was who thought she knew better than her mom did, and I forgive that young man who must have been hurt himself. I forgive that other girl, who chose a man who did that over the friend I could have been. She must have chosen a life of pain.

We can choose peace, and love, no matter what.