Guest Post by Kerilyn Russo for the Kind Kindred series. 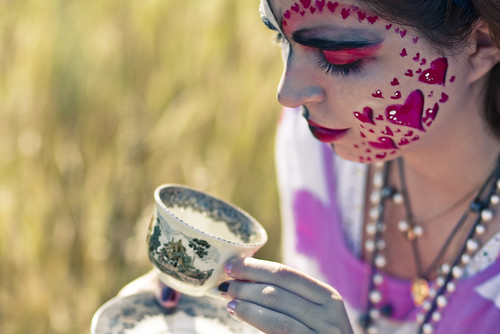 Alice 2 by Happip.
The Secret to why “The Secret” doesn’t work.

If I may, let me start by asking you all a question…

How many of you were absolutely gung ho about making “The Secret” a part of your everyday life, after watching the movie or reading the book? You know… the worldwide phenomenon about The Law of Attraction, that has helped begin to shift the worlds concept about what we see in our life is a reflection of what we are thinking?

I don’t know about you… but I still remember how pumped up and inspired I was as I watched “The Secret” for the first time. It was before the physical DVD was available, and it was available to purchase and stream online. So that’s what I did.

As I was sitting in my basement studio, watching, I remember feeling such a surge of empowerment, an overwhelming desire to take action… to incorporate this into my everyday life that for WEEKS… I was riding the wave of being excited, visualizing what I wanted… and seeing it happening in my head. I was eager to tell EVERYONE around me of what I’ve learned, and how they too… can have whatever they want, if they commit to the 3 step process that is shared in the movie.

During those few weeks, I was SO happy. Floating on Cloud 9. “Seeing it” the way I wanted it to be, despite the fact that it wasn’t currently in my present life. Remembering the line from the movie…

“I know, like I know, like I know” that it’s on its way, helping me continue to proceed forward, knowing that eventually… it will show up. During this time, nothing could get me down. I was in the flow… it was like I was in a dream or a movie.

I’m sure you can guess what I’m about to say. Yep, I found myself feeling deflated and sad… all those weeks of visualizing what I wanted ($10,000 of unexpected income in the next 30 days) keeping my energy really high, working hard to push out any doubts that I might be a bit crazy for even thinking this is possible…visualizing what I was going to do with that extra income – that after those 30 days passed with no extra money in my pocket … I was left feeling like I had to have done something wrong, that it didn’t work.

Without much feedback about why it didn’t manifest for me, It was quickly moved from my wish list and put aside as another ‘thing’ that I attempted in my insatiable desire to bring about change in my life.

Although my desire to understand and live by The Law of Attraction as it talks about in “The Secret” never left my thoughts…I thought that I must have been shooting too high, that it was too much to attain, so I focused on smaller, more attainable goals.

The Law of Attraction is still a very important part of my life. The understanding that it starts (and ends) with our thoughts, is still very much prevalent in my way of thinking today. Taking responsibility for the outcome of my victim thoughts and turning them around to allow for my desires to manifest is something that’s always on my mind. It’s deepened my desire to look inward, become even more self aware in an effort to connect with my purpose and in turn, help others understand and value their own worth, starting with how they think.

Over the past year, I’ve become a student of ‘A Course in Miracles‘, a philosophy based on radical Forgiveness, changing the way we “see” in our world. For quite a while, I was confused how the Law of Attraction played a part in what I was studying, because it’s SO different from anything I’ve ever saught out before, but over the past few weeks, what I’ve been learning in my studies, it’s become clear to me what I was missing when I was envisioning that unexpected income. A topic that instantly flashes back to my earlier years as a little girl, and the topic I want to talk to you about today.

Yup. You heard me correctly. Pretending.

Remember when you were a little girl, playing any number of imaginary occupations, scenarios, or experiences, for hours at a time? (For you men, remember Cowboys and Indians? Cops and Robbers? Superman?) Starting out young, playing tea party with our stuffed animals or maybe our siblings? As a little girl, I was an avid pretender. I remember wearing a neighbors moms high heels every chance I got in order to play dress up. My parents were supportive of my pretending, and would help aid me in my make believe sessions… helping me create menus and giving me books of waitress order tickets when I wanted to play “Diner”, taking me to my fathers work to print REAMS of paper worth of pretend tests I created for my imaginary students (my cabbage patch dolls), somehow collecting lots of old school textbooks, going to the school supply store and getting books to write lesson plans, my parents going so far as buying my sister and I a cash register so we could really get the full effect of what we were pretending. *With fake money of course.

My friends would come over and we would PRETEND for HOURS. Whole summers would be devoted to imagining a fabulous storyline, having the whole world disappear while we would make believe our way to a solution.

I was good at pretending. I LOVED it actually. 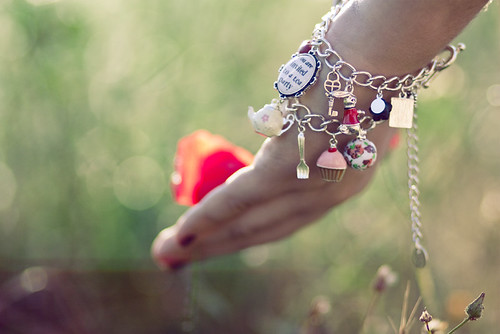 Thinking back to that time, it’s where my innocence was located. I was happy. Focused, dedicated and determined to lose myself in what I was pretending. Only the call of my mother saying it was time to eat would take me and my friends out of our world of make believe, if only to dive back in as soon as we had something in our stomachs. For years, it was the only thing on our itinerary… getting together to PRETEND. We would pretend while swimming in the pool, or playing kickball in the street, or playing freeze tag in our neighbors backyards.

When we pretended, the rest of the world would fade away.

This went on for years, until it didn’t. I don’t know when exactly, but at some point, something changed. My friends no longer wanted to pretend with me. I believe it coincided with the awareness of what (or who) was considered “cool” or “uncool”. Enter boys and what to wear and extracurricular activities (like sports and school dances, of which I wanted nothing to do with) I didn’t like this, for it seemed to happen overnight, and remember for a long time, I resisted it. I didn’t want to stop pretending. I think I was pretending a bit longer than most of my fellow students in my classes, all the way up until 7th grade, when I too, became concerned that I would be seen as “uncool” that I wanted to go home and play make believe. When I did find myself in the midst of a game of make believe, I was usually by myself, and at that point, it was no longer fun.

Pretending is best enjoyed with someone else.

Amazingly, that’s what I’ve recently realized was happening when I was in the energized and inspired bubble of energy around making $10,000 of unexpected income come my way – I WAS PRETENDING. For weeks, I was pretending it was happening. I was making believe like it already happened… I was acting “as if” it already occurred. It felt so good, so… authentic to who I am inside.

In those few weeks after watching “The Secret”, both myself and those around me, were open to the idea of visualizing (or PRETENDING) to see it the way they wanted to see it, that it became “cool” again. I was back to being that make believe teacher or waitress again. Bliss.

Unfortunately, like before, I lost my steam to keep PRETENDING when I looked around and realized that no one was pretending with me. Kinda brought me back to that disappointment in my younger years. Eventually and for whatever reason, the thoughts of appearing “uncool” became more important than what I was attempting to achieve, and when that shift occurred, what I was intending to create, officially lost its momentum.

How about you… When did what you were visualizing, lose its steam?

Was it when you noticed that you were doing all this imagining and everyone around you wasn’t? How did that make you feel?

Were you more concerned with how you looked… someone who was acting AS IF it was already here?

If so… it’s TOTALLY a common re-action to have. You’re among the 95% of us who also got caught off guard. It’s the answer to your question of WHY “The Secret” didn’t work for you.

For most of us, it brings us back to that time when we remembered that PRETENDING was no longer “cool.”.

Now that we know this, How about we try it again? This time knowing that:

1. Pretending is PART of how we make The Law of Attraction work.

2. The more involved we get into our world of make believe… and are able to STAY there.. the faster what we are attempting to manifest will come to us, and,

3. It is OKAY when we look around and realize that those around us aren’t pretending along with us… to feel that moment of possible uncomfortable-ness, and KEEP ON PRETENDING! It doesn’t mean you are “uncool”!

What if PRETENDING was the ONLY way to achieve what we wanted to create?

How do you think those people that have made all these wonderful things happen, you know, the ones you saw in the movie, felt about the fact that they knew they had to keep seeing it as if it were already happening…

As I’ve come to understand what I lost track of when I was in process of creating that unexpected income (PRETENDING!), I’ve reconnected with the memory of how FUN it is to pretend…how time seems to slows down… and the world sort of disappears… the problems of the world don’t seem to stand out, and I am focused on what I WANT to make believe in in front of me.

Kinda what it was like to be a kid again.

How bout it?… Game of make believe perhaps? What do you want to PRETEND to happen?